My Christmas fiction reading has had a bit of a theme - Bernard Cornwell.

I bought 'Stonehenge' when it came out, but unusually for me and Bernard Cornwell books, I have been slow to get to grips with it. For obvious reasons, this novel is entirely fictitious. It is based on the building of Stonehenge in the third millennium BC, a period for which we have no sources and limited archeological evidence. As usual, there is a historical note that discusses the possible purpose of Stonehenge and how it might have been constructed. It seems pretty likely that it was used for a range of spiritual activities based on solar events, given the monument's alignment. After that, there is a lot of guesswork. 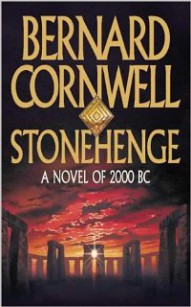 He has invented a place and tribe that organised the building of this temple to a fictitious deity. Life in this period is short and violent, based on loose tribal units. Warfare is pretty rudimentary, but Cornwell manages one decent battle scene.

I struggled a bit with this book. Cornwell is a master storyteller, but the subject matter is a bit light. There is only so much you can do with the building of a stone monument, however remarkable for the period.

I had no such problems with 'War of the Wolf', the eleventh in the Last Kingdom series. Uhtred is now Lord of Bebbanburg in the Kingdom of Northumbria. Set in the 920s, he is drawn into the Saxon succession manoeuvring as Edward's health fails. However, the focus of the book is a new Viking leader, Skoll, based in Cumberland. He attacks York and kills the Queen, Uhtred's daughter. Needless to say, vengeance will be had as Uhtred and his son-in-law lead a Northumbrian army to lay siege to his fortress. 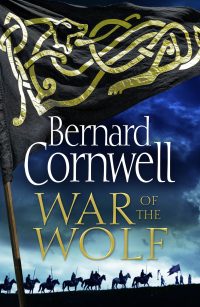 This is classic Cornwell. Rooted in the history of the period, great characters, plenty of intrigue and action. I read this over two days and was very tempted to give up a nights sleep to finish it! Just brilliant.

The latest TV adaption of The Last Kingdom is now out on Netflix. This is also very good and I blitzed the whole series over two nights. Alfred is dying and his son Edward is by no means a shoo-in for King. Uhtred is of course involved as are the Vikings, looking to take advantage of a disputed succession.

BBC History Magazine has an interesting article on the succession in the Christmas edition. Ryan Lavelle outlines the key historical players (no Uhtred!) and Aethelwold's unsuccessful attempt to seize the crown. However, the conflict went on for three years as Athelwold, allied with the Vikings, attacked Wessex. It ended with his death in a battle at a now unidentified place called 'the Holme'.

The January magazine has an article on Anglo-Saxon beasts of death - the wolves, ravens and eagles that scavenged Dark Age battlefields. Very appropriate context for 'War of the Wolf'. If that isn't enough Saxon history for you, there is my review of the British Library exhibition. And a History Extra podcast with Bernard Cornwell that is worth a listen.

Finally, all of this should get onto the tabletop during the holidays. SAGA is the obvious choice, but having played Lion Rampant at the club last Sunday, I remembered how much I like those rules. 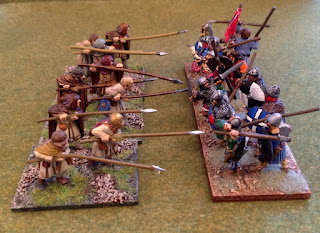