Salonika: the sideshow that ended the war

My non-fiction Xmas reading has been Nigel Birch's dissertation that looks at the British contribution to the Allied victory in the Balkans, September 1918.

This is not a narrative history of the Salonika campaign, but instead focuses on the British contribution, including naval and air power, in 1918. He argues, rightly in my view, that the Salonika campaign has had insufficent attention in the recent commemorations, despite the pivotal role it played in ending the war. By knocking Bulgaria out of the war and advancing into the soft underbelly of the Central Powers, the campaign persuaded the German military leadership to sue for peace. As Von Hindenburg said:

"As a result of the collapse of the Macedonian front, and of the weakening of our reserves in the West, which this has necessitated..... there appears to be no possibility, to the best of human judgement, of winning peace from our enemies by force of arms."

Churchill, who was to return to the 'soft underbelly' strategy in WW2 said:

"The Salonika policy, for all its burden on our shipping and resources, was nevertheless vindicated by the extremely practical test of results. This Bulgarian surrender pulled out the lynchpin of the German combination."

There was an Allied debate about the effectiveness of the Salonika 'sideshow' throughout the war between the Westerners and the Easterners. While there is a credible argument that the resources could have been better deployed elsewhere, there is little doubt about the impact in September 1918.

The British played no direct part in the Battle of Dobro Pole that broke the Bulgarian line, an almost entirely French and Serbian achievement. However, he sets out a convincing case that the British offensive at Doiran succeded in pinning the Bulgarian reserves. He makes an even stronger case for the critical role the RAF played in turning the Bulgarian retreat into a rout.


The British role was not limited to the battlefield. The Royal Navy played a key role in protecting merchant ships bringing supplies and troops to Salonika, as well as defending against Turkish incursions. They laso contributed to the logistics of the campaign by building roads and railways, as well as securing water supplies.

Overall, this is a concise and well argued disertation that covers aspects of the campaign that have had little attention previously. Well worth a read. 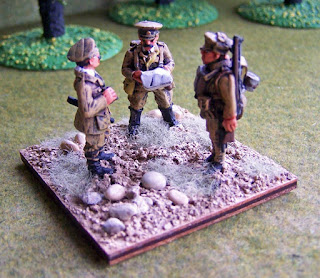