I was in Manchester for Fulham's away game at Old Trafford last Saturday. We will pass quickly over the game, but it was an opportunity to revisit the Imperial War Museum North.

This is a very modern style of museum. A striking architectural design in Salford Quays, all concrete and steel. There are plenty of audio-visual experiences with the whole central area of the museum used for regular performances. It's not a museum crammed full of exhibits, in contrast to my visit to the Royal Highland Fusiliers museum earlier in the week. It is probably my age, but I would rather have the exhibits!

None the less there is plenty to see, and here are some of the highlights for me at least.

The Harrier hanging from the ceiling as you enter the main hall is very striking. 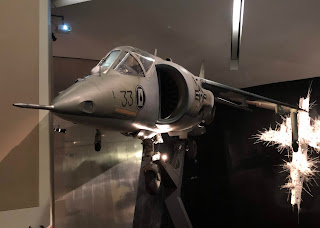 Just two AFVs - This Matilda in desert colours - one of my favourite tanks. 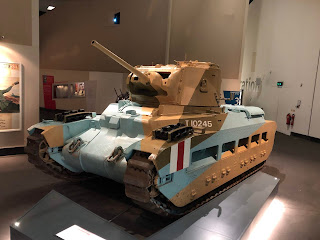 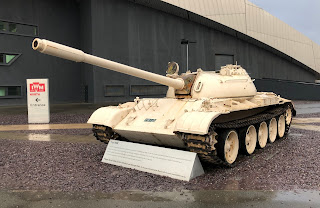 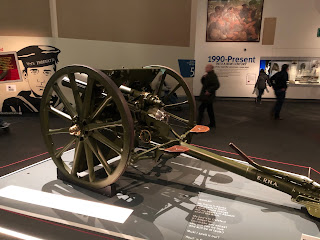 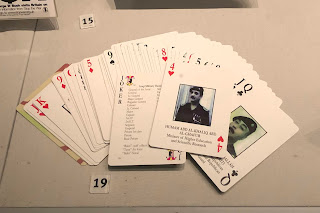 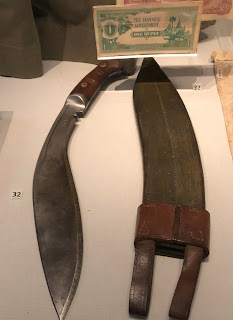 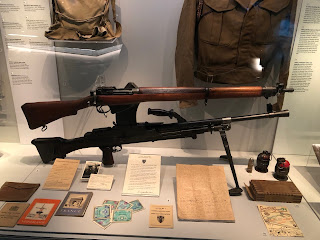 I wouldn't make a special effort to visit this museum, but if you have a spare hour it is worth a look, particularly if you have the kids with you.