This book is the first in a new series by the prolific historical fiction writer, Griff Hosker. The setting is England in the reign of Henry III, the 13th century, which was dominated by the Barons Wars. 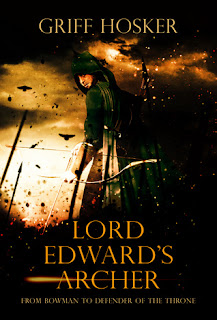 Our hero, Gruffyd, is a young archer serving in a small border castle guarding Chester against Welsh raids. This is strictly speaking the pre-longbow period, but Welsh archers were the basis for the later dominance of medieval English armies. He quickly learns his trade, but after his father is killed by his Lord, he kills him in revenge. Forced to flee, he lives briefly as an outlaw. This includes Sherwood Forest, but thankfully, no Robin Hood. Instead we get a more realistic depiction of the life of an outlaw.

He travels to France and is recruited into the retinue of Lord (Prince) Edward, currently estranged from his father Henry III. This is the future Edward I. He, rather too quickly, becomes Edward's Captain of Archers under the assumed name of Gerald. After small actions in France, they return to England and a short campaign in North Wales. Prince Edward, somewhat too pragmatically for the period, pardons him for the earlier murder.

Edward is now reconciled with his father as the Barons War is reignited. Our hero is raiding the lands of Simon de Montfort's allies in the Midland's that culminates in the capture of Northampton. The next book in the series will cover the Battle of Lewes and Edward's victory at Evesham. A battlefield worth visiting by the way.

This book has everything you would expect from this genre. Strong, if slightly flawed characters, plenty of action and keeps fairly close to history. This is also an interesting period. You do have to suspend a degree of credulity at times, but this is fiction. Well written and I will certainly indulge in the rest of the series.

There are plenty of good scenarios here for wargamers. Lion Rampant is ideal for the small battles depicted in the book and my archers will get an table top outing on the back of this inspiration. 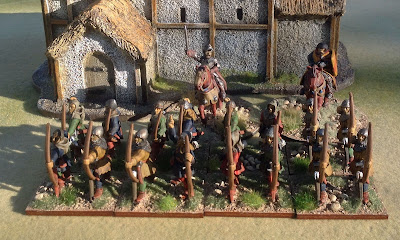