I have been on something of a painting roll since returning from holiday. As always the deadline of a wargame show helps. This time it is Claymore on 3 August in Edinburgh. The GDWS game will be the Battle of Riverrun and you are very welcome to take a command and play along for as long as you want. Lannisters v Stark/Bolton/Tully alliance.

First off the bench were the last of the Lannister guard units. I was getting more than a bit bored painting these. 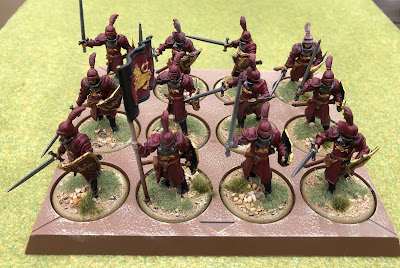 Then the Bolton Cutthroats. These are some of the better figures in the range and look the part. 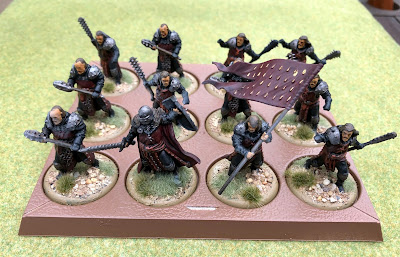 These constitute a Stark 'Bidower' unit. I use Lion Rampant rules for this 'period'. I used some leftover figures for this. Some nice irregular movement bases arrived this morning from the very efficient folk at Warbases. I also used the new GW contrast paints with these for the first time. I am not convinced they do much to speed up painting, but I have only used one so far. 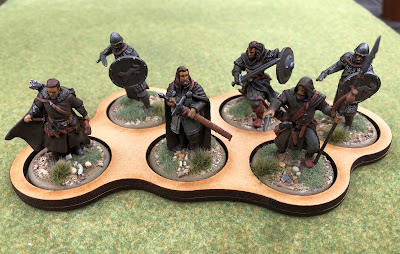 And finally, a couple of figures to pad out my Stark horse. The CMON game has four cavalry figures per unit, so I need some extras for Lion Rampant. 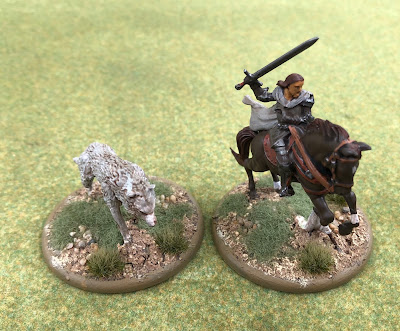 Astonishingly, that is it nearly done. Just some odd figures to paint next week and we are there. I would have liked some Lannister crossbowmen, so will be on the lookout at Claymore.

Hope to see folk there - it is a bit cooler up here for those south of the border looking to escape! Come and say hello and roll a few dice with us.