My wargaming pals at the club have played a lot of the skirmish game, Fistful of Lead, during the various stages of lockdown that have halted our face to face gaming. So, I thought I would give it a go. 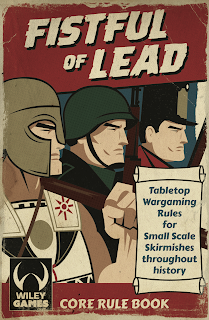 These are genuine skirmish games, typically played with six to eight models on each side. The core ruleset was developed from the Old West gunfight game, which is still available. The core set covers all periods, but there are supplements for a couple of periods, and there are Horse & Musket and Sci-Fi versions.

The basic mechanism is a card activated system using playing cards to determine which figure goes first. You can then take two actions, e.g. movement, shooting etc. Shooting and combat use a D10 with a few modifiers, and the outcome can cause shaken or wounded/down markers on the target, or sometimes an outright kill. Shaken and down markers can be recovered as an action. You can increase complexity by adding traits, which can add specialist skills or positive and negative traits.

The rules make no pretence at being a simulation. Instead, they provide a fast and fun game. They can be downloaded as PDF's rather than the cost and tribulations of getting the printed books from the USA.

I also bought the Mexican Revolution supplement, which was an opportunity to dust down my 28mm figures for the period. The first game involved Pancho Villa attacking a village held by the Federales. 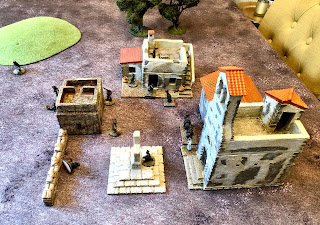 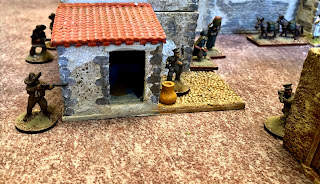 In the second game, the Federales had created a gun position outside a church (is nothing sacred!). The Villaistas tried to pin them down before a characteristic mad cavalry charge. One round from the gun, and admittedly some impressive dice rolling and that came to nought. 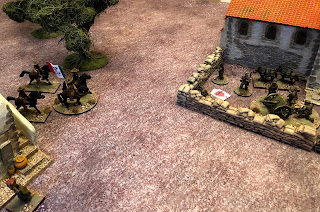 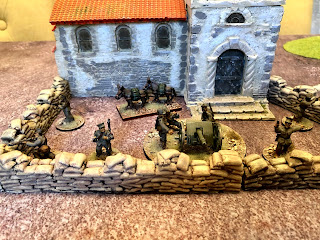 For the final game, I shifted the period to the Greek-Turkish War of 1919-22. The Greeks held a bridge which had to be taken by the Turks. 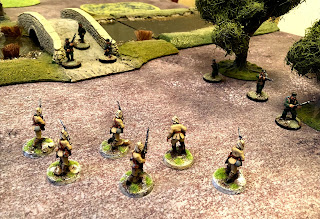 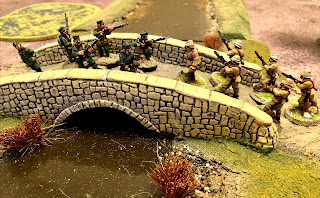 I also bought the Horse & Musket set of the rules and will give that a go over the holidays.

My first impression is very favourable. There are plenty of times when I fancy a quick game, particularly using figures that don't get a regular outing. I will probably stick with Open Combat for the pre-gunpowder period, but these work well for the later periods.