To the Strongest! El Cid

With my daughter glued to her Nintendo Switch and my wife tackling a Chrismas jigsaw, I had control of the remote on Xmas Day. So, it was MacArthur, The Longest Day and finally El Cid. In my pre-multi channel TV childhood, this great film had a guaranteed slot on the holiday schedules. I even owned a VHS copy of it at one point.

It guided another decision, which armies to field for a promised Boxing Day game of To the Strongest! with a friend who was stuck at home alone because of the pandemic measures. We decided on a small 80 point game, which works well over Zoom, not least because the cards are very visual and the squares avoid measuring. It also allowed me to go through the newly produced army lists. Simon has brought the large collection of army lists for these rules into two booklets, making it a lot easier to find what you want. 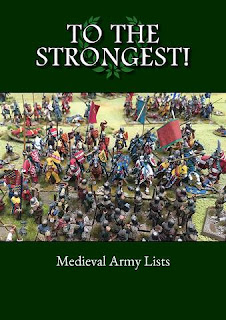 El Cid meant moving away from the lists I wrote in the Medieval Balkans section, to Feudal Spanish and Al Andalus. 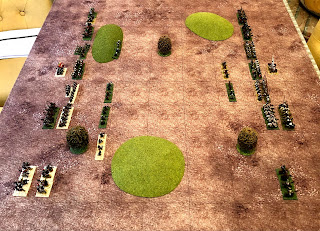 The Moorish light infantry damaged the Spanish, but as ever it was the Spanish heavy cavalry that decided the day. Smashing through their lighter opponents, even when I managed to position them on a hill. Charlton will be returning to the arms of Sophia on this occasion!