Scotland and the Greek Revolution

The 200th anniversary of the start of the Greek Revolution hasn't been marked by many events in the UK. This is perhaps surprising given the role played by the Philhellenes, substantial loans and the decisive intervention at Navarino.

One exception is the University of Edinburgh's Leventis Exhibition, which covers the links between Scotland and the revolution. Scots played a significant role in the Philhellene movement, and Edinburgh, in particular, had strong ties to classical Greece. It was known as 'The Athens of the North', not least because of the architecture.

The exhibition comprises historic books, drawings and photographs from the University's Centre for Research Collections, complemented by loans from institutions in Greece, Scotland and England. It's only a small gallery, but it is worth a look if you are in Edinburgh.

Of course, the interest in classical Greece had its downsides, such as removing the Elgin Marbles to the British Museum. In my view, it is long past the time when these should be returned, particularly given the fine museum on the site in Athens today.

Books at the exhibition reflect the 19th century and earlier links. 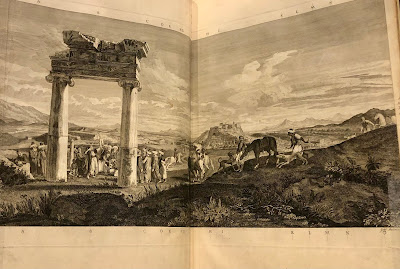 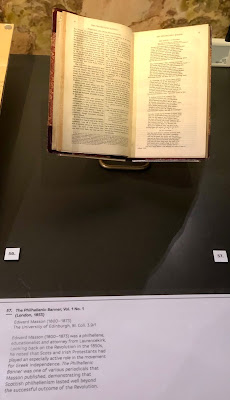 The exhibition explains the links between Scotland and Greece and includes a short video. You can download the excellent exhibition catalogue here.

I have Greek and Ottoman armies in 15mm. I struggle to resist starting in 28mm, although I have dabbled with the Steve Barber and Old Mans Creations ranges. The revolution went on for many years, so there is still time! 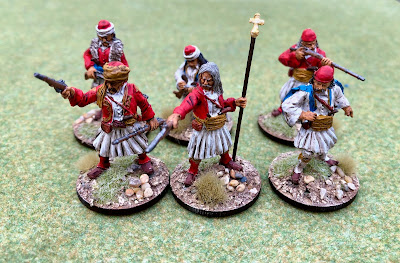