My Xmas game was an opportunity to revisit Open Combat since getting the nice new glossy hardback and dice as part of the kickstarter. For those not familiar with these rules, They allow you to point up all sorts of historical and fantasy skirmish forces, creating balanced games between genres if you want.

The game also allowed me to get my newly painted monsters from the Conan board/figure game on the table. I like the board game, but I suspect I will get more use from the figures using Open Combat and Dragon Rampant.

Here we have a couple of demons. 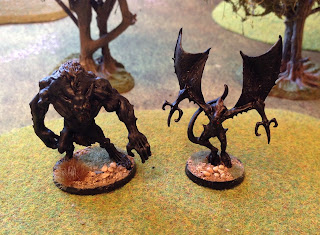 and then a rather tasty giant snake. 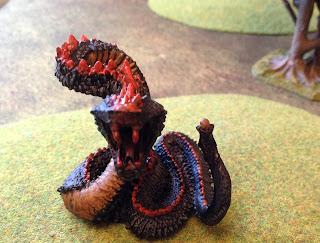 Then, onto the game itself. My merry band of adventurers included a first outing for my Frostgrave wizard and his apprentice. Together with Bugman and his dwarf rangers. Some of my very first fantasy figures from the old Citadel range. 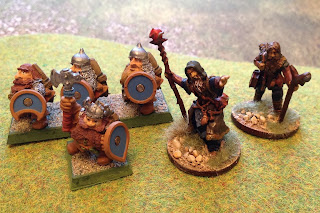 We had a cunning plan for grabbing the jewels from the demon fort. Bugman would distract the Demon knights and the big hairy demon, while the wizard and apprentice sneaked into the fort. 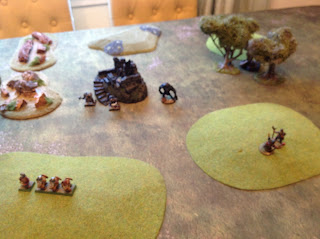 It started well, with dwarf crossbows weakening the demons. The Open Combat dice are useful, but not essential, as the rules are very simple and the QRF covers most of it. 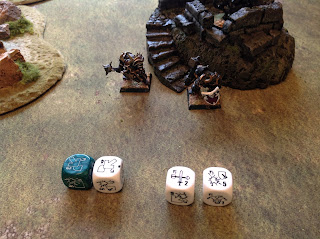 But they soon got a bit too close for comfort. Crossbows down and get stuck in with the axe - the slope was useful too. 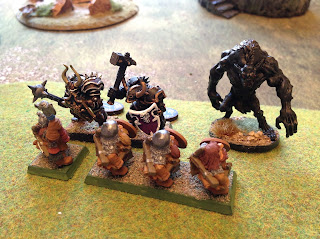 Meanwhile, the sneaky attack on the fort got disrupted when the giant snake slithered out of the wood. Those fangs are to be avoided! Glad I paid for the nimble and evade skills for our magic pair. 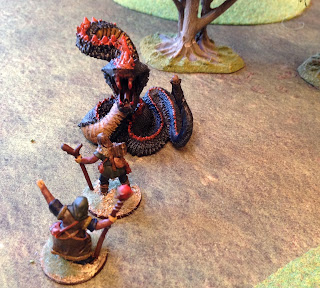 The Demon king hopped out of the fort to join in. 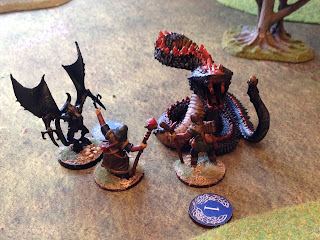 After that it was a slogging match. Sadly, both wizards died a fate worst than death, but Bugman and the boys saved the day. Held the hill and killed enough to reach the demon break point. But it was a close run thing!

Not sure they will accept these demon jewels as payment for a well earned pint in Bugman's Brewery, but the dwarfs will no doubt be persuasive.... 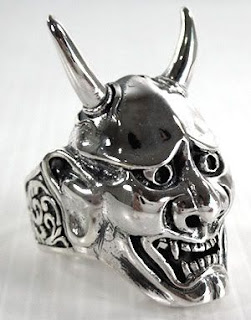