A work meeting in London this week took me within walking distance of the Imperial War Museum (IWM). It would have been rude not to visit, especially as I haven't been there since the upgrading for the First World War Centenary.

The IWM was established in 1917, but moved to its current site in Lambeth in 1936. I had forgotten that the building used to be part of the Bethlem Hospital or 'Bedlam' - very appropriate for a war museum! 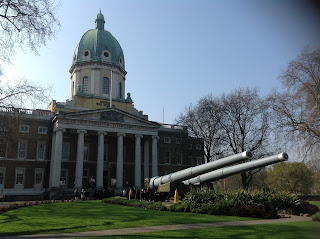 The upgrade is most obvious in the new atrium, but as you go round it is now very much the modern style of museum, with interactive displays, much closer to the IWM North style in Manchester. My first visit was on a school trip and in those days it was much more about exhibits in glass display cases.  While they fascinated me, I doubt the many school kids in the museum when I visited this week would have been impressed. 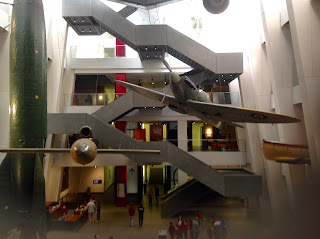 That's not to say there aren't eye catching exhibits. This LRDG truck caught my eye in the WW2 gallery. 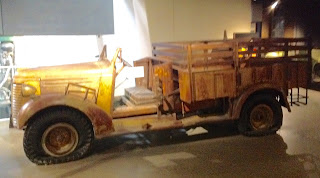 Then this Mitsubishi Zero fighter, or whats left of it. 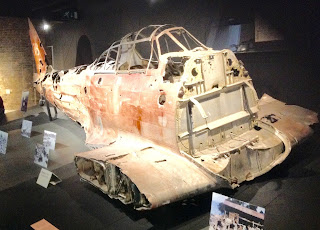 And this German 88m flak gun. Apparently Britain's army was so short of equipment after Dunkirk in 1940 that 18 of IWM's artillery pieces were returned to military service. This '88' looks pretty impressive even by today's standards. 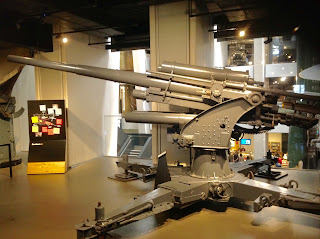 The museum has three main galleries covering WW1, WW2 and post war conflicts. In addition there are a number of special exhibitions. At present one covering the Holocaust and another covering the stories of those awarded the Victoria Cross and George Cross.

It's certainly changed a lot since my first schoolboy visit, but still very much worth a look.