Romanian Army of the Russo-Turkish War 1877

My Easter wargame project was to add some Romanian units to the 1877 Russo-Turkish War project in 28mm.

Following the failure of Russian assaults at the 2nd Battle of Plevna, Prince Charles of Romania responded to Russian pleas for assistance by concentrating an army of 30,000 infantry, 4,500 cavalry and 126 guns at Plevna.

There are uniform details and colour plates in the Osprey MAA 277 as well as Ray Lucas's articles in 'Miniature Wargames' 20&21. However, the plates reflect the dress regulations and in practice there appears to have been considerable variation. In particular between Line and Dorobanz uniforms. Photographs I have seen in the National Military Museum, Bucharest, show Dorobanz with kepis and some regulars with the old 1860's frock coat. In summer a wide variety of  uniform adaptations were adopted by officers and men.

The figures are from the Outpost Miniatures range in 28mm.

First up line infantry, although they could also be Dorobanz. 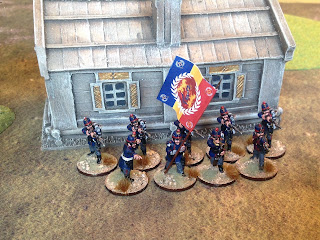 Then the Dorobanz, reserve infantry. 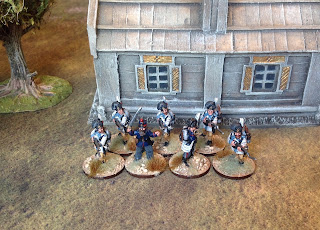 And finally the Chasseurs. 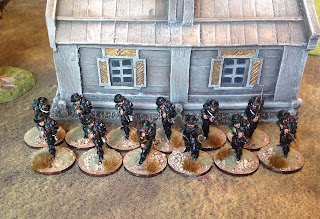 For the skirmish game below I used The Men Who Would be Kings rules. I will also use them for games of Sharp Practice 2. 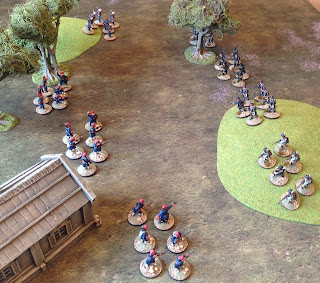 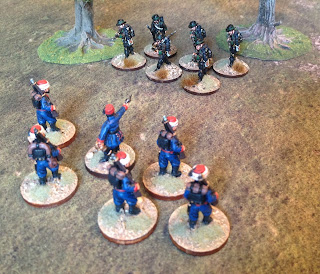 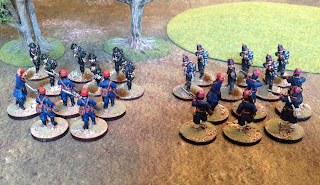 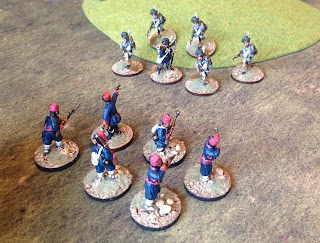