My painting schedule has gone hopelessly awry in recent months. Plenty of excuses, but little output.

A show is always an incentive and Claymore provided the push to get at least a few of the newly arrived Song of Ice and Fire figures on the table to supplement my conversions.

Here is Clegane 'The Mountain'. Yes he really is big, even allowing for the heroic 28mm proportions of these figures. 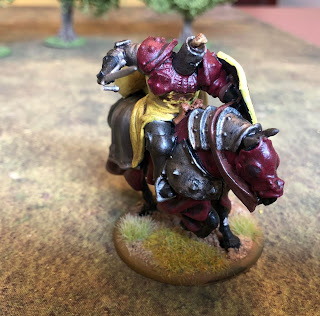 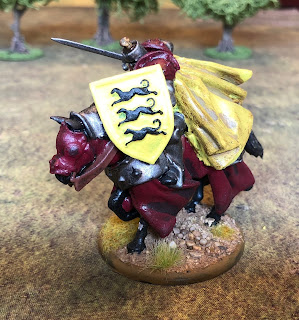 Then some knights of Casterly Rock. 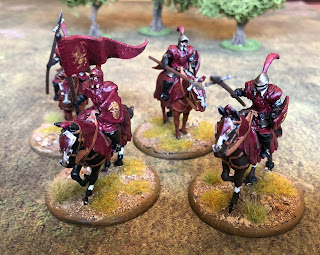 Led by the Mountain to show how big he is. 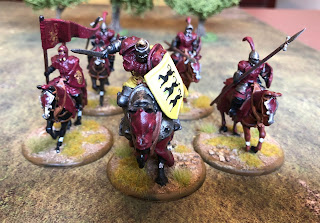 Before these figures arrived I was getting some long standing bits and bobs out of the lead pile. So I finished these WW2 28mm personality figures this week. Kenneth More, playing the Beachmaster in The Longest Day was a Salute giveaway in 2014. Winston and the Bren gunner were freebies with long forgotten purchases. 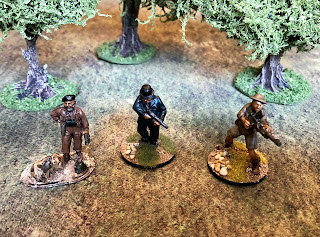 And finally some Blue Moon German spies etc that I bought for my Very British Civil War games. Another system that deserves some dusting down. 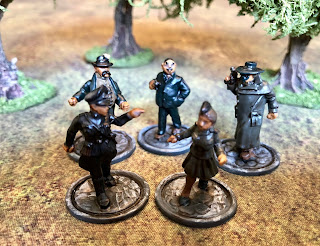 Having got the painting bug, I have made a start on my 'moderns' project. Watch this space.
Posted by Balkandave at 22:59