I paid a visit to Threave Castle today, which is near Castle Douglas in Dumfries and Galloway.

It's about 20 years since I was last there and it remains one of the most pleasant castle sites to visit - even my wife enjoyed it. It is somewhat larger than the usual Scottish tower house and is situated on an island in the River Dee. You walk through some fields on a good path to the landing stage, where a boat takes you on a short trip over to the island.

The castle was built in the 1370's by the wonderfully named Archibald the Grim. He was a Black Douglas and his family held the castle until they were deposed in 1455 after a siege. The castle only fell by bribery. The added artillery fortifications were effective and are probably the first of their kind.

It then became a royal fortress before being given to the Maxwells. They held the castle until besieged during the Bishops War. The Covenanters demolished part of the castle, but it may have been repaired for use as a prison during the Napoleonic Wars.

This is the classic view from the river bank. 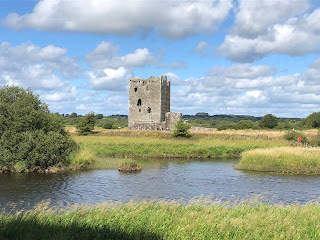 This photo from the island and the excellent information boards, shows the artillery fortifications in front of the tower. 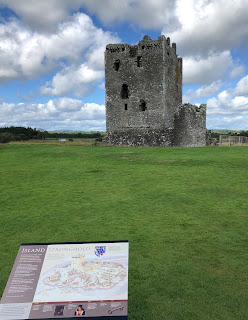 The castle could be supplied from this small harbour on the river. 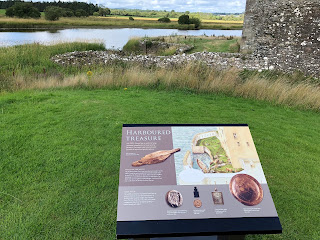 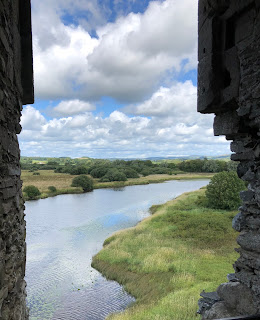 And finally what is left of the interior. Upper floor and then the lower floor. 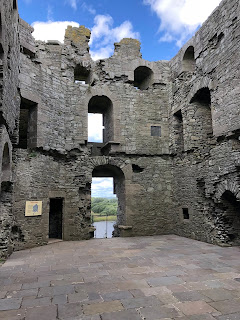 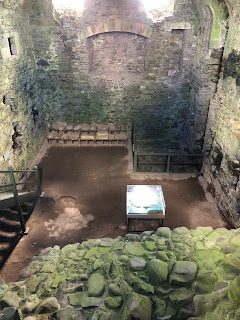