Game of Thrones - The Bolton bad boys and girls!

Lost my painting mojo recently, despite having more time on my hands with semi-retirement. Work was obviously just an excuse! The trick is to pick up a brush and get stuck in, after which I did a few nights on the trot.

The subject was some of the extra boxes I bought for the Game of Thrones - Song of Ice and Fire game, in 'heroic' 28mm.

The Boltons are the bad boys of the North, as their 'flayed man' sigil suggests!

First up are the knights, heavily armoured with flails. I have not tried them on the tabletop yet, but they look pretty unstoppable. 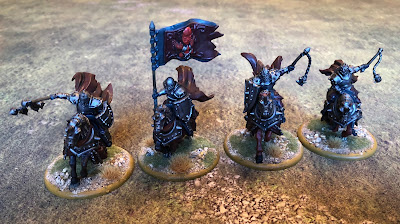 Then an unusual unit, Bolton Bastard's Girls. Famous in the TV series for their part in Ramsay Bolton's 'entertainment'. The battle role is to pin an opponent while the handlers shoot them up. Interesting to see how that works out. 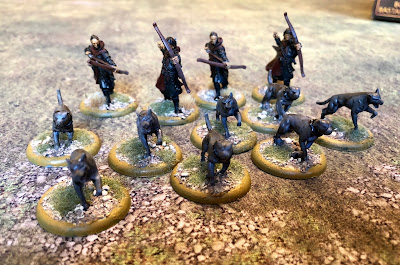 Next up, the large number of Lannister figures. Unless I end up with something more enticing at the Fiasco show on Sunday.