A little off my normal beat, but I am a sucker for obscure conflicts. And this new Osprey MAA by Philip Jowett is certainly that. 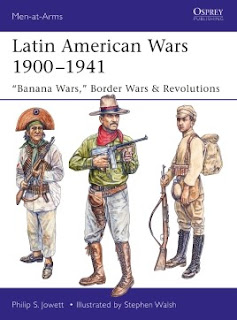 It covers border wars and revolutions in Central and South America. Most of these conflicts were low-level guerilla wars and even the conventional ones involved fairly small armies. This was because many countries were small and economically weak, which found it difficult to recruit and supply large armies. Modern equipment was always at a premium.

A good example is the Coto War between Panama and Costa Rica in 1921. A disputed region had been awarded to Costa Rica by arbitration, but when Panama refused to relinquish it, Costa Rica invaded. Their regular army consisted of only 400 men and the Panamanians had only 50 rifles. Both sides eventually pulled together small armies, before the USA intervened. This was another common feature, as the US regarded this region as their 'backyard' - keeping the Marines busy for most of the period.

As is usual with Osprey publications, this book is profusely illustrated with period photos and colour plates. They show very clearly the range of uniforms and equipment. Uniformity is very rare.

For the wargamer, the small size of the conflicts means that only small numbers of figures are required. Bolt Action would work very well. My Pancho Villa and Federale armies will work for several armies. You can also use US forces and some European figures. French equipment was popular along with the Adrian helmet. The Ecuadorian infantry of the Zarumilla War of 1941, could be Italians of the same period.

Certainly an excuse to dust down Pancho and his exotic equipment, including early aircraft - Viva! somebody or other! 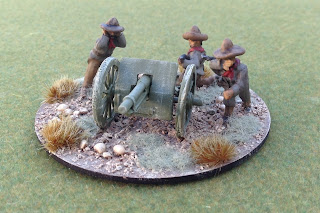 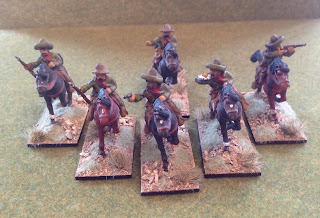 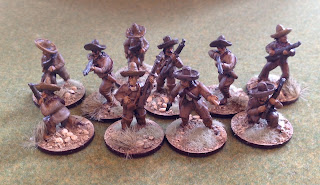