On this day in 1448, Hungarian and allied forces yet again faced the Ottoman Empire on the Kosovo Polje. This battle was probably not as significant as the 1389 clash, which sealed the fate of Serbia, but still an interesting late medieval action.

After the disastrous crusade of Varna in 1444, the Hungarians were occupied in another civil war, which left Janos Hunyadi as Regent for the young king. With the Ottomans occupied in Albania, fighting Skanderbeg, Hunyadi assembled an army to attack the Ottoman flank in Macedonia. The Pope urged support for the crusade, which brought mercenaries and a large Polish contingent to his army. Wallachian and Moldavian forces also joined the campaign, although there is some limited evidence that the Wallachians may have defected during the battle.

The Serbian Despot, Djuradj Brankovic, refused to join the campaign, honouring his treaty with the Sultan, and actively hindered the Hungarian advance. They may also have slowed Skanderbeg's efforts to link up with Hunyadi. Recognising the danger, Sultan Murad moved his army quickly to attack the Hungarians before the two Christian armies could join.

Hunyadi held a strong position overlooking the plain, building a fortified camp around his wagons, manned by handgunners and artillery. His cavalry included Hungarian, Bohemian and Polish knights, supported by Cuman horse archers and Szekeler light cavalry. The lighter Wallachian and Moldavian cavalry was on the left wing.

Murad had his Janissaries with vassal infantry in a fortified centre. Sipahi horse formed on both wings, supported by Akinci and Deli light cavalry. He kept his own guard cavalry, the Kapikulu Sipahis, in reserve behind the Jannisaries. 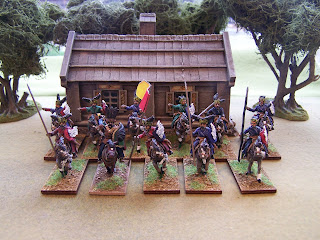 The battle opened with the Ottoman cavalry wings attacking the Hungarian line and when the centre had been weakened by sending troops to the wings, Murad ordered his infantry to attack the wagons. This attack was initially successful, but a counter-attack restored the line. Feigned attacks drew the Hungarian cavalry away from the line where they could be encircled, but by nightfall the line held.

Hunyadi then tried a night attack, but the Janissaries held firm. 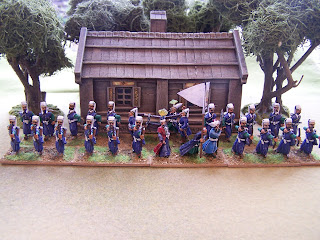 The next day saw a repeat attack on the Hungarian line, but this time the feigned attacks encouraged Hunyadi to order a general advance. This took the army through the Jannisary camp, but Murad had retained a reserve division that forced the Hungarians back. A flank attack by Thessalian Ottoman horse hit the Hungarians and Wallachians on the left flank hard, causing a rout. Hunyadi decided to break out, leaving the infantry centre to its fate. Many of those who escaped were captured by the Serbs, including Hunyadi himself.