Armies of the Hellenistic States 323BC to AD30

'Armies of the Hellenistic States 323BC to AD30’ by Gabriele Esposito (Pen and Sword) is a grand tour of the armies in the eastern Mediterranean from Alexander to the domination of Rome. 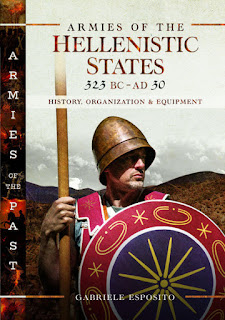 He starts with a brief explanation of the military revolution instigated by Alexander's father, Philip of Macedon. A combination of the pike wielding phalanx and heavy cavalry overwhelmed the hoplite armies of the Greek city states. He then shows how Alexander developed this army in his conquest of the Persian Empire.

There is a short chapter on the military history of the period and the events after Alexander's death with the creation of successor states, led by his generals, the Diadochi. There are better books on these wars, including, Bob Bennett's, 'The Wars of Alexander's Successors'. However, this is really context for looking at the organisation of each army.

Most of these will be familiar. The Antigonid, Ptolemaic and Seleucid kingdoms had a core of Macedonian troops who were given land in return for military service, known as kleruchs. As these died off, they were replaced by their sons, although each state increasingly made use of native troops as well. This gave each army a distinct look, with the Seleucids probably being the most diverse. A reason why they are popular with wargamers!

Mercenaries remained an essential element of these armies. They were recruited from Greek states and were generally reliable and widely used as garrison troops. There were also many sought-after specialists like Cretan archers. Non-Hellenistic tribal societies provided large numbers of mercenaries, including Thracians and other Balkan tribes. The Celtic (Galatian) migration through the Balkans and into Anatolia, also provided a ready source of manpower.

Perhaps more interestingly, the book then turns to the less well-known states of the region. These include Epirus, Pontus, Bactria, Israel and even the fringes of India.

There are of course books on most of these states and their armies. What's different is using reenactors (Hetairoi) to 'model' the dress and equipment of each troop type. This is done in full colour on almost every other page, which results in a high-quality publication.

Sadly, the text is not quite up to the same standard. The use of overly long paragraphs makes some chapters hard going. A few charts would also be a better way to set out the organisational detail.

However, this book is worth the very reasonable price for the colour plates alone and therefore complements other publications.

Like most ancient wargamers I have a Seleucid army - mine is in 28mm. It has just about every troop type known to the ancient world. 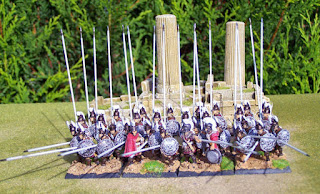 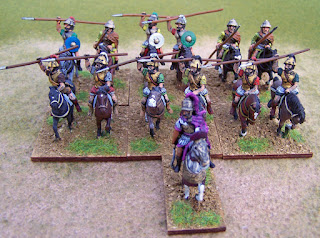