This week's Zoom game stuck with the War of 1812, but with a different set of rules. Sam Mustafa's Blucher is not the obvious choice as it was designed for the really big Napoleonic battles. However, there is an option to scale it down using battalions as the base unit rather than regiments or brigades.

The set up was inspired by one of the larger battles of the war, The Battle of Lundy Lane. Even this was a pretty modest affair with two or three brigades a side. The British on the right are defending the position and are preparing to be attacked. 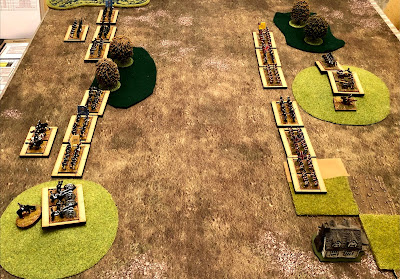 The American plan was to pin the British right flank with the largely militia brigade, while the brigade of regulars supported by light dragoons and artillery turn the British left flank. 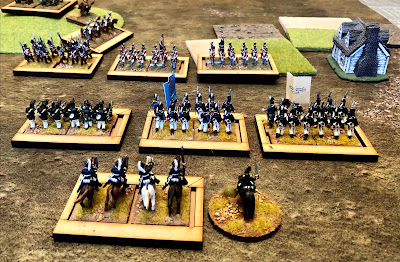 The American artillery weakened the flank and the subsequent firefight routed a British line battalion. However, British light dragoons not only plugged the gap but went on to push back the US line regiment trying to turn the flank. The Canadian militia survived both a firefight with the US rifles and a charge from the US light dragoons. 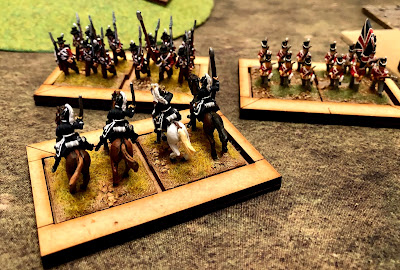 Somewhat unexpectedly, it was the American militia brigade that managed to turn the British flank, pushing back one unit, but again it was the Canadian militia that held firm. 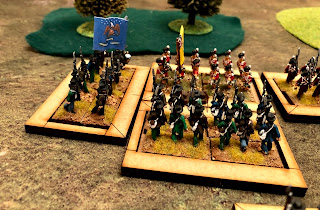 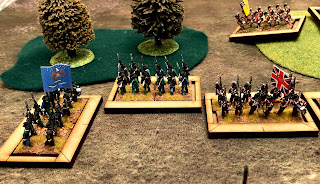 By this stage, the Americans had run out of attacking options with five units fatigued. Score draw to the British, but it was a damn close-run thing, as the Duke of Wellington might have said.

I haven't played Blucher for a while, and I had forgotten what an elegant game system it is. The movement trays were made for me by Warbases.

Finally, a few pictures of the Lundy's Lane battlefield today. Sadly, it is largely built over in a busy commercial area, but the battlefield is marked in several places. 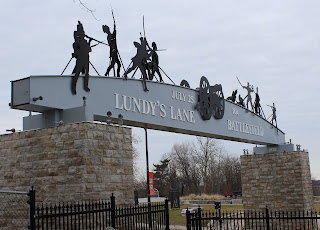 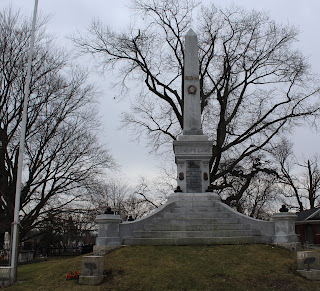 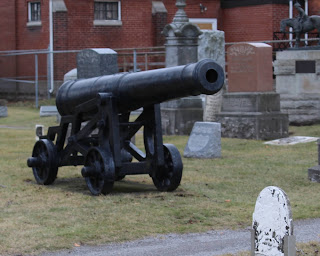