As many of us have been glued to our TV screens this week as the US elections play out, it seemed an appropriate time to put in some work on my long outstanding War of 1812 project. This originated in a classic case of wargamers disease after I visited the battlefields around the Niagara River a couple of years ago, and more recently finished the excellent historical fiction series on the war written by A.J Mackenzie.

The War of 1812, also called The American War 1812-14, started when the USA declared war against Britain and invaded the colonies in what is now Canada. The ostensible cause was the Royal Navy's impressment of American seamen, although imperialist American politicians also regarded Canada as unfinished business from the revolution. Thomas Jefferson thought the war would be quickly over given the small British garrison, "a mere matter of marching". It didn't quite turn out that way. The invasions of Canada were repulsed and the war ground to a halt with a peace treaty in 1814. The border has remained ever since.

I decided to do this project in 15mm, primarily for speed and cost reasons, and I have plenty of British troops of the period. Looking at the figure options I decided on Old Glory figures, even if the packs are a little on the large size. I plan to mainly use the 'Rebels and Patriots' rules, which suit the many small scale engagements that were a feature of the war.

First up is the US Rifle regiment, one of the better quality units and I like the uniform. 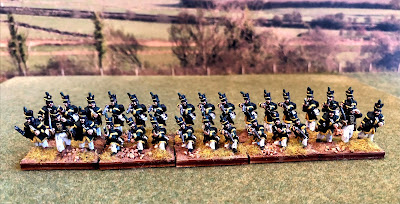 Then the militia who made up the bulk of the US army of the period. The quality of these troops varied considerably and were not always uniformed. Hunting shirts were popular, particularly in the summer. 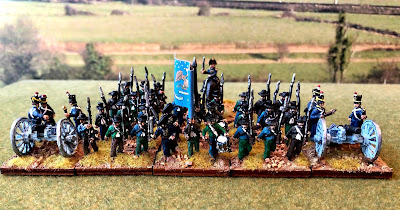 Next the artillery - more than I really need but a consequence of the pack sizes. 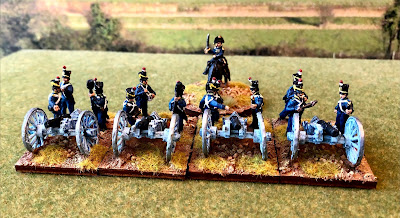 There is a similar issue with the cavalry. I really only need one unit but have enough for three. Still, they will work if I do a game using the Black Powder rules. These are the rather splendid US Light Dragoons. 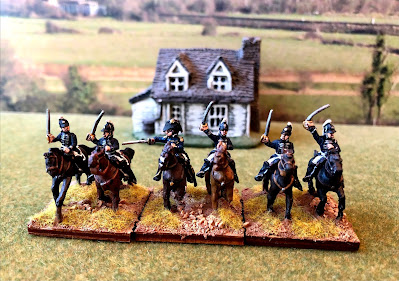 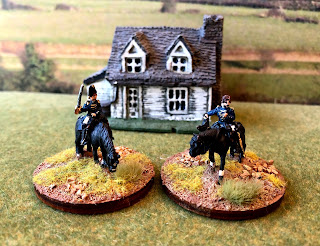 That's enough to get a balanced force on the table. I have a Zoom game planned with an American friend who will be pleased with the election outcome. I have promised not to burn the White House down this time!
I have US line infantry and some Canadian militia still to finish and that is the project done. At least until the next outbreak of wargamers disease!
Posted by Balkandave at 17:49