This is the latest (No.7) in Matthew Harffy's Bernicia Chronicles series set in 7th century Britain. This is a good setting for historical fiction as our written sources of the period are limited. It truly is the Dark Ages, even if historians these days don't like the label. 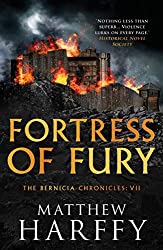 The action takes place in the year 647, mostly in Northumbria, which at the time was split between Bernicia, north of Hadrians Wall and Deira to the south. These were Saxon kingdoms, although as always they would have incorporated earlier populations. Mostly Christian, although the church was not as yet fully established. The power to the south of the Humber was Mercia, which was a pagan kingdom dominating central England.

Our hero is Beobrand, a thegn and modest landowner in Bernicia, sworn to King Oswiu, and a famed warrior with his personal band of warriors called the Blackshields. Most of this story focuses on the invasion of Bernicia by the Mercian King Penda and his Gwynedd (Welsh) allies. The Mercians besiege the fortress of Bebbenburg (on the site of Bamburgh Castle today), yes, the same one as Bernard Cornwell's Last Kingdom series, although that is set in a later period.

I won't ruin the story, but the Mercians try a variety of ways to get into the fortress. After the siege, King Oswiu returns (he was away dallying with a mistress) and events move south to Deira.

This book has all the elements fans of Bernard Cornwell will expect to see in historical fiction. Plenty of action, interesting characters, treachery, and a bit of love interest. As with the other books in the series, it is well written and an excellent light read.

The time spent on my recent War of 1812 project has somewhat dulled my painting mojo, but I have a few Saxons left to paint, which have at least got past the priming stage. Here are some of my Saxon Fyrd efforts as inspiration for the small battles of the period, which are very playable on the wargames table. 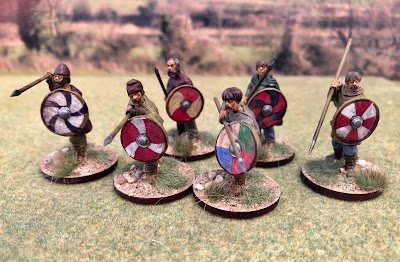