Lords of the Nile

This is the second book in Jonathan Spencer’s series based on Napoleon’s Egypt campaign. I enjoyed the first one, which covered the assembling of the fleet and army and the capture of Malta. 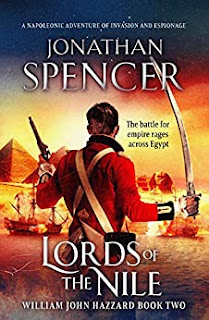 Our hero is a Sharp type character, Major Hazzard of the marines. Anti-establishment but more middle class. He, somewhat unbelievably, ends up on the French flagship L’Orient, and even more remarkably escapes from it as it moves with the fleet to Egypt. The Ottoman governor ignores the warning that Napoleon is coming, and even Nelson ignores him. Sticking, very unNelsonlike, rigidly to his orders.

Then we get the early stages of the campaign with the Battle of the Pyramids and the capture of Cairo. The Ottoman and Mameluke leadership ignoring his tactical advice on how to tackle the French squares. You will spot the theme! There is an historical link here, as later in the campaign a British colonel did advise the Ottomans, who did take their advice and defeated the French. The story ends with Nelson’s great victory at the Battle of Aboukir Bay.

There are lots of twists in the story, some love interest, and an ongoing feud with the French secret service chief. Hazzard gets bashed about so much that it’s a wonder he can get out of bed, let alone perform heroics. But hey, this is historical fiction!

The story sticks fairly closely to the actual history, just inserting our hero into the action. It does perhaps rather overdo the heroics, but it’s still a good story and I will probably see it through to the concluding book.

I have a large collection of 28mm figures for this campaign, painted up for a series of display games I organised for GDWS. 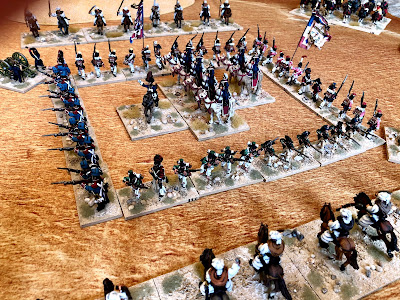 I have also been playing Black Seas, which is the most playable set of Napoleonic naval rules I have seen. With an Ottoman fleet of course! Galleys next. 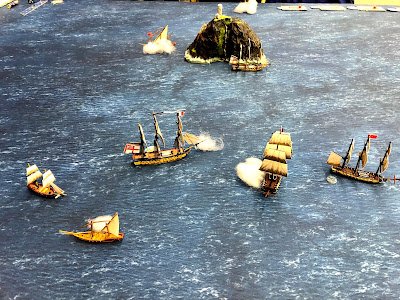