We are staying on the Greek island of Kos this week. One of the Dodecanese Islands is a stone's throw from Turkey, or these days potentially something more lethal! It is more than a bit warmer than Scotland, but pleasant breezes here on the beach. Or, more accurately, my wife is on the beach while I retreated to the bar!

Yesterday, I walked around Kos Town. This is an ancient Greek island. In Homer's Iliad, a contingent of Koans fought for the Greeks in the Trojan War, and the 'Father of Medicine,' Hippocrates, was born here.

The Persians occupied the island for a while, and Kos was held by the Ptolemies, who used it as a naval outpost to oversee the Aegean. Then the Romans arrived, and there are plenty of their (and Greek) remains in the town and the Museum. 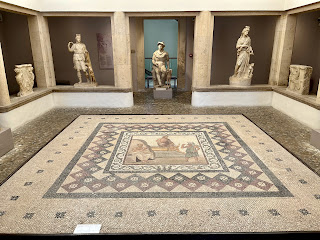 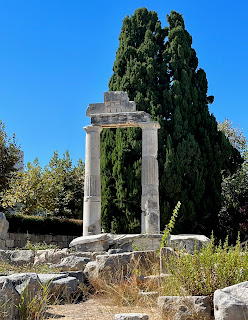 The number one attraction is the Nerantzia Castle. It occupies the spit of land that forms the natural harbour. There would have been Greek and Roman forts to guard the harbour, but the castle was built at the end of the 14thC by the Knights of St John, who leased the island from the Genoese. From the outside, it doesn't look that impressive. The walls look pretty low, although the modern port berths are probably higher. 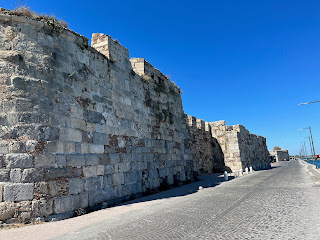 However, when you go inside, the real strength becomes evident with the second line of walls. These look more Byzantine to me in parts. 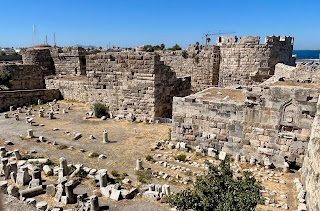 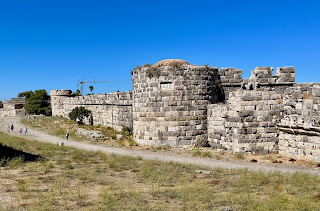 If you look carefully, you can see coasts of arms carved into the walls and several are displayed inside. 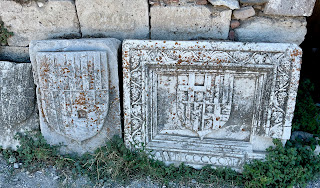 In 1566, the Ottomans captured the town and held it until 1911. Orlov turned up with the Russian fleet in 1773 but failed to capture the castle. There is still a small Turkish population on the island and a few signs of the Ottoman period. 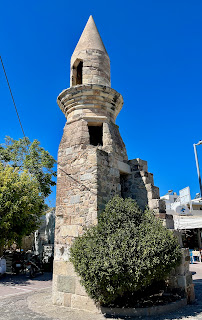 There was a massive earthquake in 1933, which destroyed much of the town. The Italians had captured the island during the Italo-Turkish War of 1911, and there are several surviving examples of Italian 1930s architecture in the town. 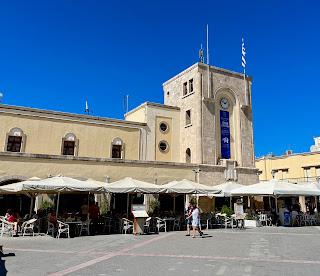 The Italians held the island until 1943, when the Germans captured the island after a very brief British landing. This is the 'Churchill's folly' Dodecannese campaign. I will hire a car later this week and visit the battlefields. I hoped to get to Leros, which held out a little longer, but the ferry times would only give me a few hours there. Another time. We will be going to Bodrum on the Turkish coast tomorrow, where there is another fine knights castle.
Posted by Balkandave at 10:02