We hired a car yesterday and did a grand tour of Kos. Well, not so grand as the island isn't that big at 45km long. However, for the Durham Light Infantry (DLI) sent to defend it in 1943, it must have seemed enormous.

This was part of the Dodecanese campaign, which has been described as 'Churchill's folly'. When the Italians signed the armistice, Churchill argued for capturing the Dodecanese Islands as a stepping stone towards the 'soft underbelly' of Europe through the Balkans. He also hoped it would bring Turkey into the war. Instead, the Americans viewed it as a distraction from the Italian campaign and Overlord.

The Germans quickly reacted to the armistice and reinforced their garrison on Rhodes, the key to the Aegean. That should have been the end to the matter, but Churchill pushed the CinC Middle East to land British troops on Kos and Leros, employing the utmost 'ingenuity and resource'. Unfortunately, without adequate naval and air support, this was outright folly.

Kos was vital because it had an airfield (the modern airport) and a couple of improvised landing strips. The 1st Battalion DLI, a light AA detachment and a squadron of the RAF Regiment, was sent to the island. That was just about enough to guard the airfield and Kos town. The Italian 10th Infantry Regiment and artillery units were also on the island, but these were not front-line troops, and their reliability was questionable. South African Air Force Spitfires flew in, but many were shot up on the ground by the overwhelming German air superiority. The JU87 Stuka had a return to favour in this campaign.

When you visit Marmari and Tingaki, the main German landing beaches, you can see the remains of what I assume are Italian defences. There are concrete pillboxes and gun positions.

After landing, the German Kampgruffe von Saldern (two panzergrenadier battalions and support units) advanced to cut the main road. They also captured a couple of Spitfires on the salt flats.

Two Brandenburg para units landed on the island's western tip near Kefalos. They advanced and captured the airfield. 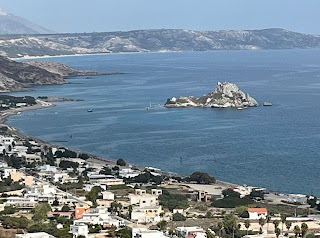 The modern airport bears little resemblance to the WW2 Antimachia airfield. However, nearby there is the Hospitaller Castle of Antimachia. This massive 14thC castle was rebuilt at the end of the 15thC after an earthquake. The walls are mostly intact, and the views are pretty special. A modern Hellenic Army base is nearby, home to what looks like a mechanised battalion. 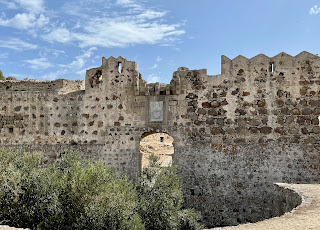 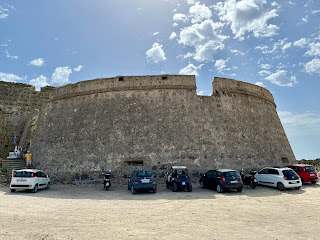 The Durhams retreated back to Kos Town. Obviously, it was much smaller than the urban sprawl of the modern city. It is difficult to spot where the main attack came from the north. However, the attack from the east was resisted by elements of the Italian garrison at the village of Platani. Home today to some of the island's small Turkish population. One history describes a fight in olive groves, which might be here. 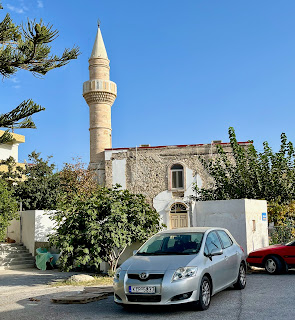 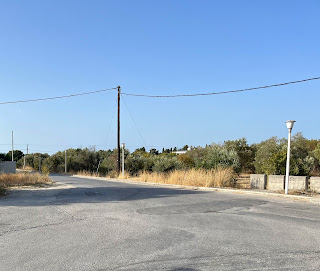 The Greek/Roman ancient site of Asklepion is nearby. Certainly worth a visit, if only for the view over the city with Türkiye in the background. 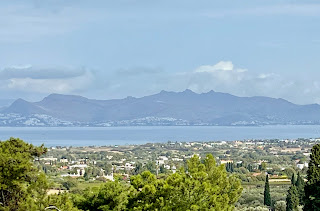 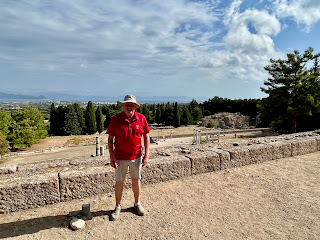 Another panzergrenadier battalion landed on the southern shore, which is pretty mountainous. It's not that far from our hotel, which has suitable landing beaches. The Italians obviously thought so as they built a fort next door, and the coast is dotted with pillboxes. 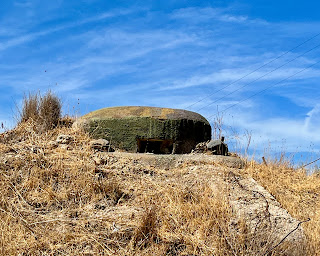 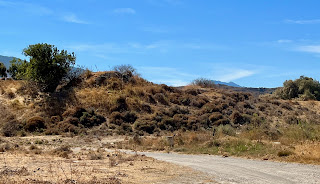 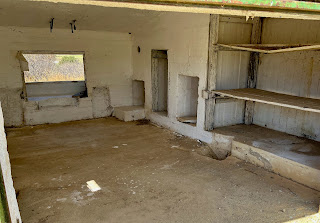 Leros has more WW2 sights, but the ferry times from Kos didn't allow a decent day trip. The outcome of the campaign on that island was the same. In total, 3,000 British and 5,350 Italian prisoners were marched off into captivity. Many of the Italian officers were shot. The price of Churchill's folly.
Posted by Balkandave at 10:43