The beautiful Soca Valley in Slovenia is a tourist playground today, with mountain walking, paragliding and watersports. However, in 1917 it was the site of the Battle of Caporetto, one of the war’s most savage battles.

The Battle of Caporetto (also known as the Twelfth Battle of the Isonzo) saw combined Austro-Hungarian and German forces decisively break through the Italian line along the northern Isonzo, catching the Italian defenders entirely by surprise. Nine Austrian divisions were supplemented by six German divisions giving them local numerical superiority at the point selected by the German army for the offensive.

Supported by a heavy artillery barrage of high explosives, gas and smoke, and the use of infiltration tactics, the combined force broke through the Italian lines and progressed a remarkable 25 km by the close of the day. Local counter attacks had limited success and the Italians were forced to retreat all the way back to the River Piave, just north of Venice. The Italians lost some 300,000 casualties (90% prisoners), and virtually all their artillery. Six French and five British divisions were rushed to Italy to shore up the Italian line.

For the visitor today, there is an excellent award winning museum at Kobarid (Caporetto). Three floors of exhibits and a 20 minute documentary. 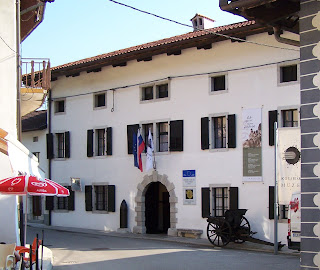 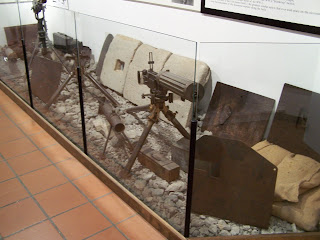 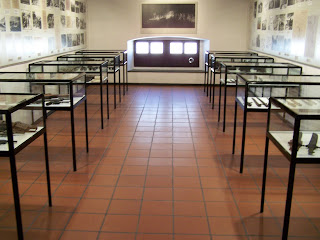 What strikes you from the relief maps and photos in the museum is that the front lines were high up in the mountains. It seems inconceivable that troops could fight at these altitudes, particularly in winter. There is a long distance walking path that follows the old trench lines, for the very hardy enthusiast! 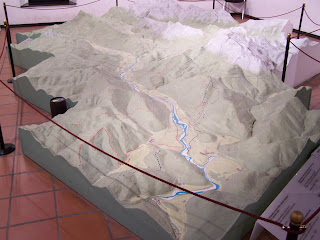 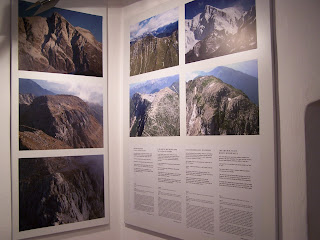 We finished the day off at the Austro-Hungarian fortress of Kluze. Built in 1882, on the site of earlier castles, it dominates the pass between Bovec and Tarvisio in Italy. There is a museum inside the fortress which is well worth a look. 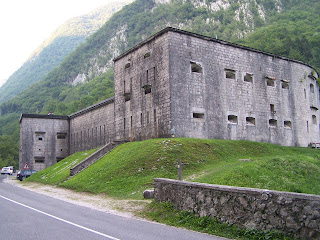 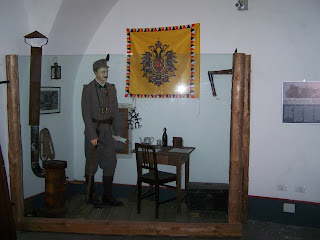 In 1904 the Austrian’s built an additional artillery position, Fort Hermann, just above the fortress. There is a path up to it, although I wouldn’t recommend the direct route up the side of the mountain that troops in a hurry used. Look carefully at the photo and you can see the iron ‘ladder’ they spiked into the rock. 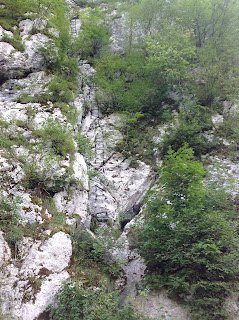 If you have time there is another fortress at the other end of the front lines at Tolmin. 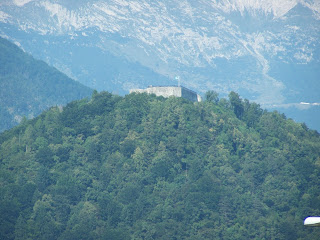