I was following a thread on a bulletin board about roughly 20mm Russian tanks and a Matilda available at some branches of The Works. Thinking, as did others, why are they never done in larger scales for Bolt Action

I was in Beverley, Yorkshire over the weekend at a wedding and decided to stretch my legs with a walk around the town. Passing The Works branch I popped in to see if they had them. They didn't, but they did have a few very nice Puma armoured cars. No indication of scale, but obviously bigger than 20mm. No manufacturer either, although they are made in China.

On getting them home and measuring up, they appear to be roughly 1/45 scale. A bit big for 28mm, but not absurdly so. They are marketed as 20 Panzer Division, Sudetenland 1945. They look pretty accurate models to me and will look good when weathered. At £10 each, I hope there are more in this range.

Three views of the model with a 28mm German infantryman, so you can make your own mind up. 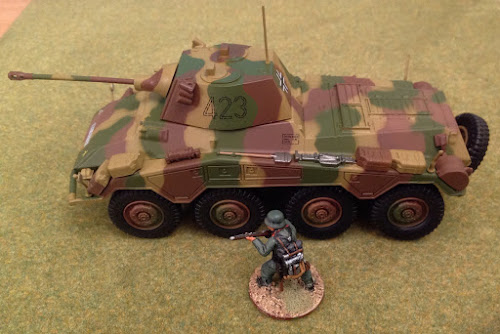 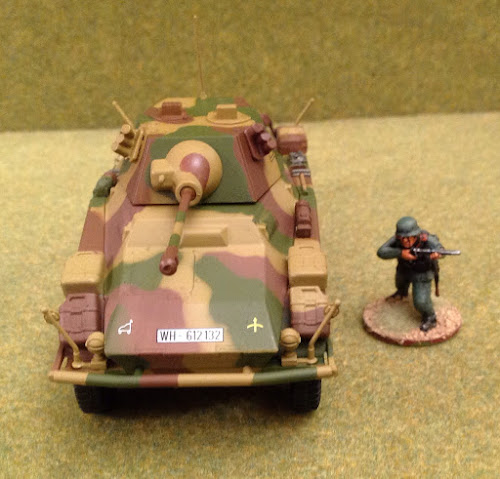 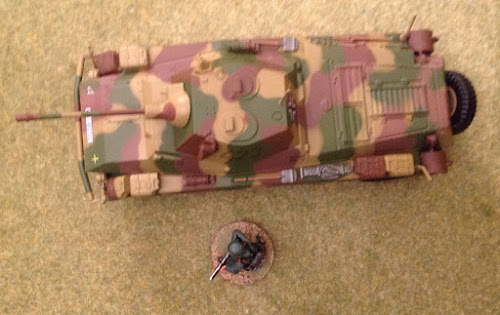