I made a bit more progress with the lead mountain for the BEF 1940 this week.

Another rifle squad added, using Crusader miniatures that I picked up at Claymore. I hadn't seen this range before, but I like them. A little more chunky than Warlord, but otherwise pretty comparable. 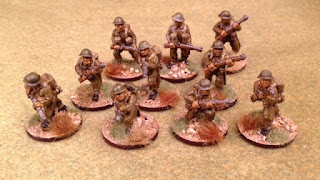 For comparison purposes, here are the Warlord figures that I painted some weeks ago. 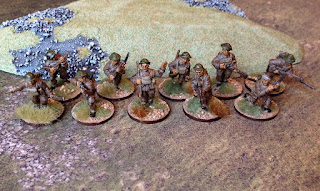 I have started some support weapons next and I do like the Crusader approach of one part castings. For example, their Vickers HMG is a good solid one part casting with no flash. In comparison, Warlord are usually fiddly little bits that are no where near as robust.

I picked up this book 'France, Holland and Belgium 1940-41' by Will Fowler while on holiday, at a bargain price of £4. More a photographic guide to the campaign with plenty of inspiration. 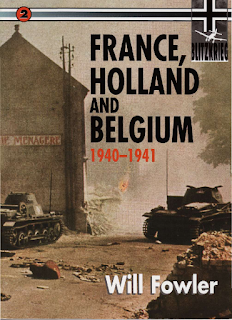 Dan Snow's podcast History Hit has a good interview with James Holland, author of War in the West, which is on my reading list. He was getting his take on the new Dunkirk film.

While he generally gave it a very favourable review, he did point out a couple of shortcomings that I hadn't spotted. His main gripe was the references to waiting for the tides. He pointed out that the mole went out further than low tide mark and therefore the tides made little difference. This was an unnecessary piece of nonsense, unlike the lack of smoke and ships.

He also pointed out that Kenneth Branagh would have been court martialled for not wearing a helmet! Apparently the actual Senior Naval Officer, in the absence of stencils, cut out the letters SNO from cigarette packets and stuck them on with fish oil.

Still a great film, but could have been more accurate without losing any of the cinematic experience.
Posted by Balkandave at 22:06