This is the latest in Matthew Harffy's, Bernica Chronicles. Set in 7th Century Britain, our hero Beobrand is sent south from Northumbria , ostensibly to deliver some holy relics to King Sigeberht of East Anglia. 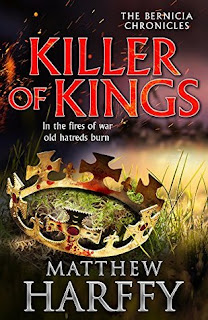 He gets involved in defending East Anglia against a Mercian invasion and in doing so comes up against his old enemy Wybert. The East Anglian's lose the battle although our hero is rescued and ends up back home after a few diversions, but I won't spoil the story. There is a parallel story of events back at his own lands.

We know very little about this period, but the invasion was real and the decisive battle was possibly fought at what is now known as The Devil's Dyke or St Edmund's Dyke.

If you have read my reviews of the first three books in the series, you will know I am a big fan. I like my hero to be gritty and flawed, and that is certainly the case with Beobrand. There will be more in the series - I look forward to them.

Time to give this period a go on the tabletop. I decided on a Northumbrian v Picts battle using Lion Rampant rules. 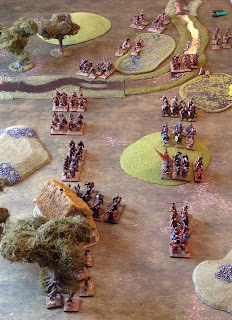 The Northumbrian army is a mixture of Saxon and Post-Roman British figures. For the Picts I used early feudal Scots. They looked more like the later Picts of this period than the better known square shielded Picts. 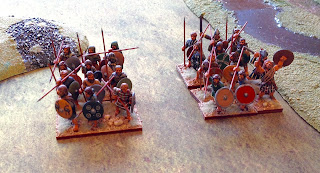 The Northumbrian's took the initiative and established a shield wall in a strong position. The Picts tried to work around the flanks with their cavalry and light troops, without much success. That left no option other than a hard slog against the shield wall and the Northumbrian's defeated several attacks. Beobrand would have been happy! 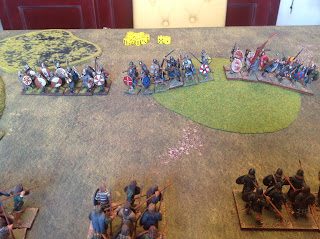 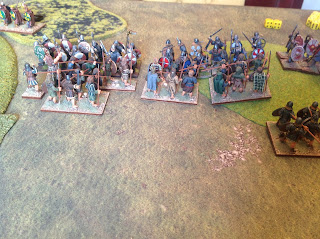 Beobrand wasn't even phased when a giant cat threatened to intervene on the side of the Picts! 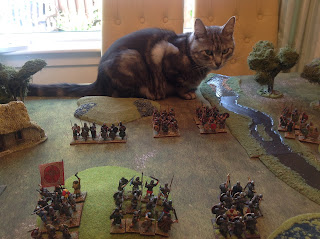