I haven't managed much painting during this summer's break. When you get some half decent weather in the west of Scotland, you take advantage and get out. In my case walking and the golf course.

However, I have managed a few reinforcements for the BEF and the defenders of Britain in 1940.

First up is the Armadillo. This was an improvised armoured vehicle used primarily for the defence of airfields. It was a standard lorry with a wooden fort built on top, supplemented by mild steel plates. Later versions like this one mounted a Hotchkiss 3-pdr gun. The Warlord model went together pretty well, not something I have always been able to say about their products. 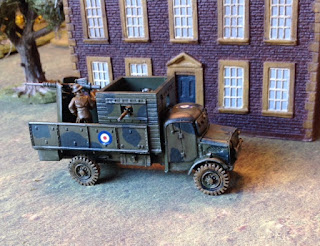 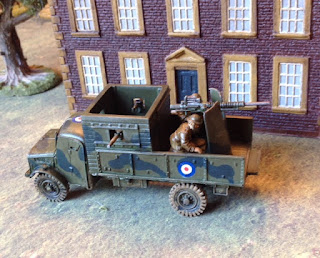 Then we have a command group for the BEF consisting of a couple of officers, medic and a spotter. 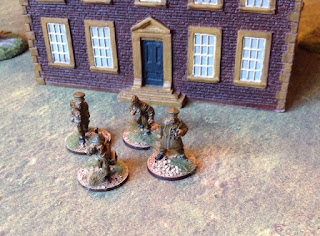 Finally, a 3" mortar for some much needed infantry support. 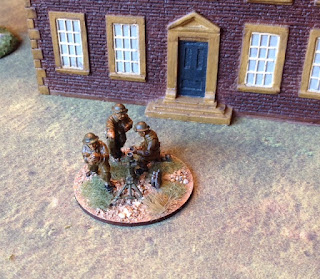