Warlord have published another supplement for Operation Sea Lion, called Campaign Gigant, after the giant gliders that could have landed airborne troops in Britain.

I am a big fan of this campaign, so I opened this package on my return from holiday with high expectations. My order included some reinforcements for the Brits, including a mortar team, command figures, Matilda 2 and a carrier. They will have to wait, as my modelling time is focussed on the scenery for our participation game at Claymore on Saturday. My hot wire cutter has been busy.

The supplement includes a bit more on the alternative history and chapters on the German airborne forces and the gliders. There are a number of new British units as well, including various sports teams, officer training corps cadets and more bizarre vehicles. The Germans get more local allies, this time the IRA Midlands Brigade. A number of special rules go with these units. Finally, there are four scenarios. As you would expect, plenty of eye candy and Osprey plates.

The regular troops will also work for the France 1940 campaign. After seeing the film Dunkirk, that looks like the next stop. Absolute must see film by the way.

So, onto the table top. I used a version of the 'road' scenarios in both books for this. A main road running through a village with my new Magister Militum buildings and Peco telephone kiosk that makes it very obviously Britain. The road is defended by a a battlegroup of British regulars and a naval section supported by Home Guard and Local Defence Volunteers. The Germans have three regular infantry squads supported by armour and artillery. 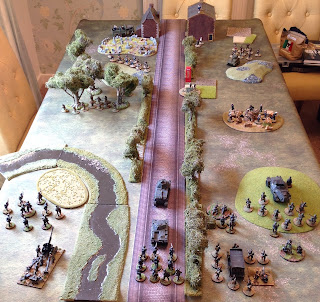 The full table top at the start of the game. 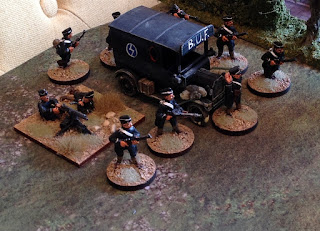 The fascists skulking at the back hoping the Germans do the heavy lifting. 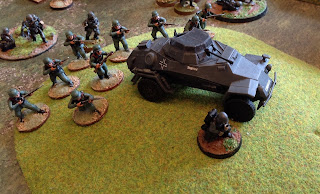 This unit has a captured Somua and Pkw II for more substantial support. 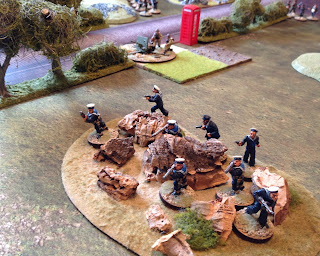 The Naval section uses some rocks for cover 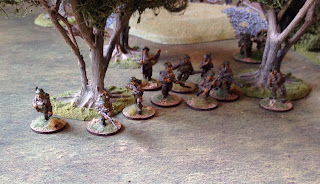 While the regulars use the trees. 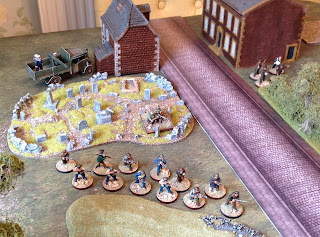 The LDV hope the regulars will stop the Germans. Their mix of improvised weapons won't go far against tanks, although the naval gun might be more useful.

Great fun, although the German victory means I need to get painting that Matilda!