This week is the 200th anniversary of the Battle of Maipo, the decisive battle of the liberation of Chile from Spanish colonial rule. 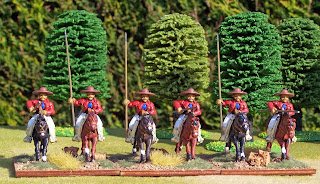 At the beginning of the 19th century the Spanish Empire in South America consisted of three Viceroyalties; New Grenada in the north, Peru that included Chile and La Plata covering mostly modern day Argentina. These were the territories largely conquered by the conquistadores in the sixteenth century. The dislocation caused by the Peninsular War in Europe led to the establishment of local Juntas and then to the independence movements that resulted in the wars of liberation.

The outstanding Patriot generals of the wars, accorded the title of ‘Liberator’, were Simon Bolivar who liberated the north and Jose de San Martin who led the forces from Argentina into Chile and then Peru where he joined up with Bolivar.

The key to Spanish control of South America was the most Royalist of provinces, Peru. The Patriot stronghold of La Plata sought to capture Peru by the direct route through Upper Peru (modern Bolivia). In three campaigns between 1810 and 1815 the Patriot armies were defeated by the Royalists and only the Gauchos in the Salta region stopped the Royalists from exploiting their victory into La Plata itself.

By 1815 command of the Patriot Northern Army had been handed to Jose de San Martin. He was a career soldier who had fought in the Peninsular War at both Albuera and Bailen. San Martin’s plan was to liberate Chile from Argentina and then move up the coast to Peru. He reorganised the Patriot forces, incorporating Chilean refugees led by Bernado O’Higgins, into a new Army of the Andes based at Mendoza. His plan involved crossing the Andes in January 1817, in four columns using different passes of between 3,500m and 5,100m high. 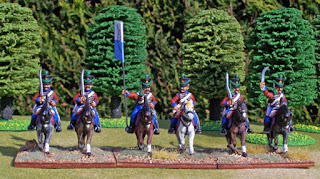 The columns united across the Andes near Chacabuco on 12 February. The Royalist army had been caught unprepared and was defeated. The Royalists fled to the port of Valparaiso, but the seven month siege went badly. San Martin with reinforcements rallied the Patriot forces at Cancha Rayada. where a desperate night attack (March 19) panicked the Patriots who fell back to Santiago.

The decisive battle of the campaign took place just outside Santiago at Maipo on 5 April 1818. The battle opened with an ineffective artillery duel followed by an advance from by the Patriot line. The right wing routed the Royalist cavalry and captured a battery. However, the left wing was stopped and only the reserve artillery stopped the Royalist counter attack.

San Martin then ordered his mounted Cazadores to flank the Royalist left. They drove off the Royalist cavalry and crashed into the veteran Burgos Regiment. When this gave way Osorio panicked and ordered a retreat. Colonel Ordonez took over command and rallied a sizable force at Los Espejo farm that repulsed the Patriot assaults until San Martin brought up artillery support and forced the Royalist surrender.  The Royalist army was totally crushed and Chilean independence was secured. Over 1500 Royalists and 1000 Patriots were casualties in the bloodiest battle of the war.

I wrote an article for Wargames Illustrated in August 2007, outlining how I converted 28mm figures for these campaigns. Glasgow and District Wargames Society used them for a series of display games that year, covering the three main battles of the campaign. The figures can all be viewed here.

The best English language history of these wars is ‘Liberators’ by Robert Harvey. This is great narrative history and the real inspiration for starting in this period. However, converting this to the tabletop would not have been possible without  ‘Liberators: Napoleonic Wargaming in South America’ by John Fletcher.  John has a website, a Yahoo group and a range of 15mm figures. 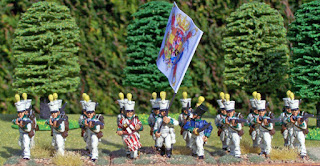