Rosemary Sutcliffe is best known for her children's novels, but she has written a number of books of historical fiction. I have read Eagle of the Ninth, which is very good, so an offer to read her book 'Blood and Sand' on the Kindle (published in 1987) at a bargain price was certainly worth a look. 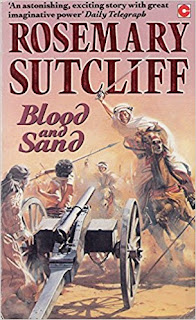 This book is set during the Napoleonic wars and covers the life of Thomas Keith, a Scot who was captured in Egypt at the battle of El Hamed in 1807. Instead of returning to Britain, he took service with the Ottoman governor of Egypt, Muhammed Ali. Other than his marriage, it follows pretty closely to the historical story.

And a remarkable story it is. A private soldier, Thomas rises through the ranks, training Egyptian cavalry to face a number of conflicts with the Wahabi war host of Saud Ibn Saud, in what we today know as Saudi Arabia. Essentially battling for control of the holy cities of Mecca and Medina. He ended up commanding the Arab, Egyptian and Albanian cavalry in those conflicts, after converting to Islam. He was also the governor of Medina when he died in battle.

The first half of the story is a bit slow, as Thomas adapts to his new environment and develops relationships within Egyptian society. This included the suppression of the Mamelukes. The second half has much more action, including several campaigns in Arabia that give the reader a real understanding of the challenges of campaigning in such an inhospitable climate.

This is not a great work of historical fiction, but worth a read. You might feel like abandoning it after the first few chapters, but it is worth persevering.

And let's have some eye candy for the wargamer. From my 28mm collection of the period. 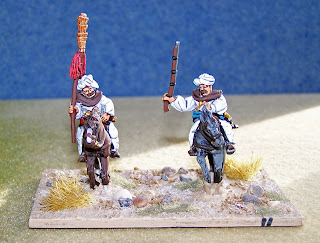