I had a work meeting close to Edinburgh Castle yesterday and realised I hadn't looked around for years. A grand way to spend your lunchtime, before the summer tourists arrive in massive numbers!

Apart from the castle itself, there are no fewer than three military museums inside. The Royal Scots, The Royal Scots Dragoon Guards, and the National War Museum. 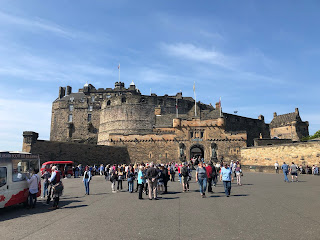 This view from a gun battery shows just how dominant a site the castle is. 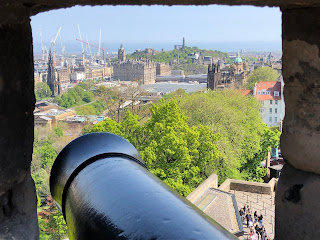 I recently reviewed a new book on Sir Ralph Abercromby. Many of the photos in the book come from the museum. 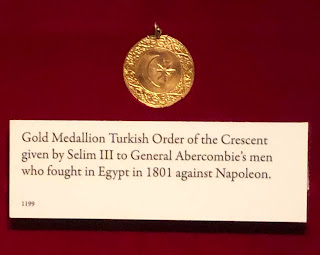 And sticking to the Napoleonic theme, the museums are home to a number of original paintings you will recognise from prints etc. Like this one of Waterloo. 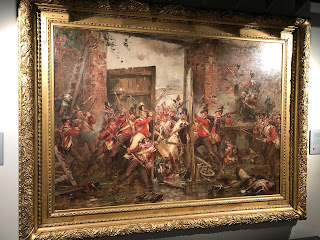 Ensign Ewart of Waterloo fame is buried outside the castle. 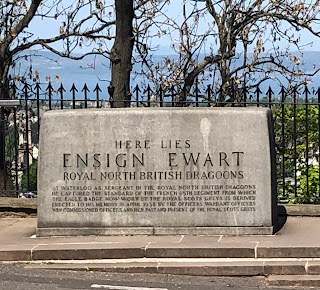 And this is the original standard he captured. 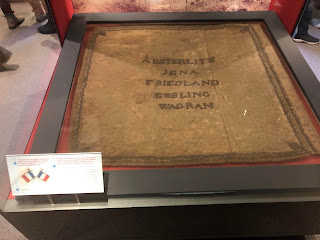 The castle is also home to the National War Memorial for the 1914-18 War. Each regiment has a section inside, which reminds us how many extra battalions were recruited during wartime. 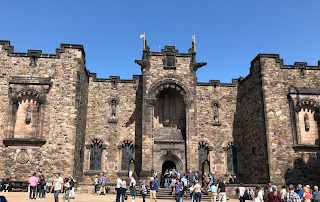 And this exhibit is a reminder that warfare didn't end in 1918. This Caucasian dagger comes from a deployment to Georgia between December 1918 and April 1919.

Possibly the oldest soldier ever to serve in the British Army. Sargeant William Hiseland was 89 years old at the Battle of Malplaquet. 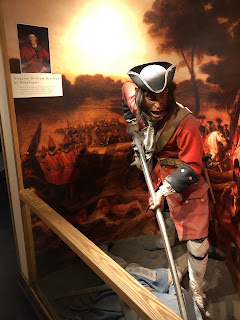 This standard was taken by the Japanese in 1942 and turned up in a Singapore junk shop in 1949. 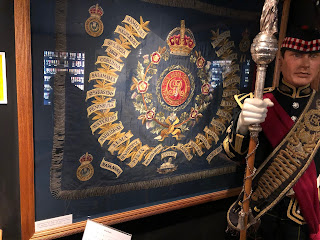 Finally, this banner was flown by the 23rd New Zealand infantry battalion at Galatos on Crete in 1941. I was in that very village only last week. 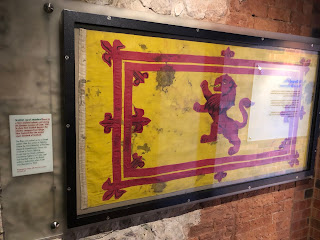 If you are in Edinburgh, the castle and its museums are certainly worth a visit.
Posted by Balkandave at 17:03