Sfakia is the most remote and mountainous region of Crete. Until recent times there was no proper road into the region, which allowed the locals to effectively resist all occupiers of the island - Venetians, Ottomans and even the Germans.

Today, you can drive across the White Mountains on a very good mountain road as we did today, armed with George Dalidakis's excellent book on the region's history. In fact, it is a very good history of Crete overall, with a focus on Sfakia. 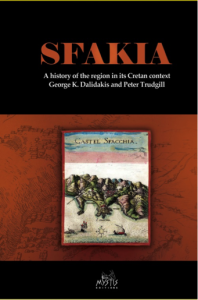 First stop was the village of Askifou, situated on a plateau in the White Mountains. A must see is the small war museum run by George Hatzidakis. He has collected the most remarkable array of weapons and memorabilia found in the local area. Ranging from the 19th century to WW2. The British and Commonwealth units poured through the village on their way to the evacuation point, so there are rifles, Bren guns, helmets, medical kits and even a Norton motor cycle. He has every type of German and Italian small arms, the propeller from a Stuka and even a German X-ray machine. 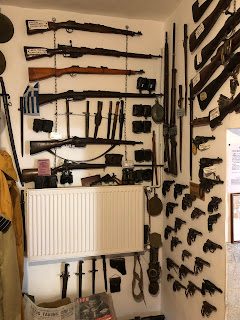 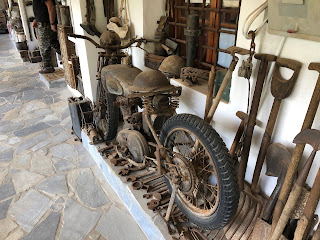 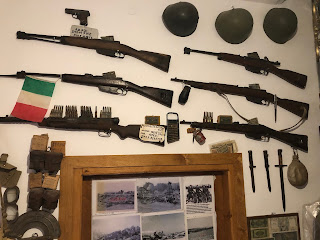 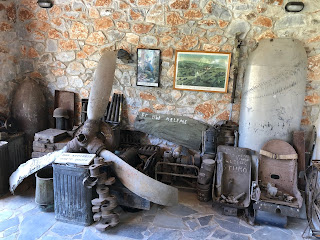 And the village has a Turkish castle for good measure. 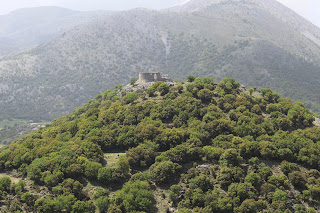 Next stop is the Imbros Gorge where the road ended in 1941 and British and Commonwealth troops had to hike it down to the sea. Modern day hikers use the same path, with modern kit and a taxi to drive you back to the top! 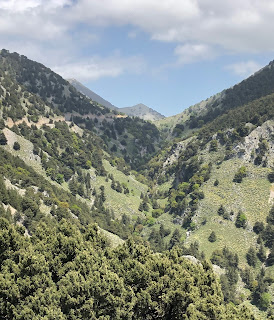 The evacuation point in 1941 was Sfakion, then little more than a beach. Today it is is a very pretty little port. The events of 1941 are remembered with this memorial. 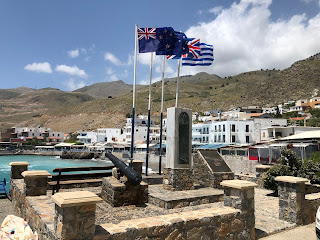 A drive along the coast brings you to the castle of Frangokastello. Built by the Venetians in 1371-4 to subdue the locals, it was later improved by the Ottomans. It features in two of the very many revolts against Ottoman rule in 1770 and 1828. 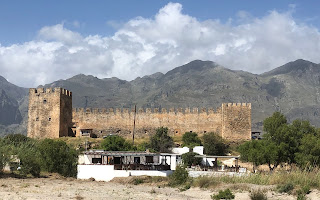 The Sfakians were in almost continuous revolt and very often provided leadership for the rest of Crete. They were only defeated when the Turks managed to get overwhelming numbers of troops into the region. Even then the peace only lasted a short period as they fled to the mountains. Even today, the road signs are full of bullet holes!
Posted by Balkandave at 20:22