This is a new show for Glasgow, a welcome return to the circuit for Scotland's biggest city after many years absence.

The organisers did a good job, with everything going smoothly. The venue is a large sports hall at Bellahouston Park. There was plenty of space, including a good distance between the tables. Decent catering and car parking. It was very hot, which is a common problem using sports halls in the summer - even in Glasgow!

This isn't a pure wargames show. There were plenty of board games and traders for that aspect of the hobby. The emphasis was on participation games, which does need a big footfall and perhaps ambitious for the first year. I thought it probably needed one big display game to anchor the event.

There was a good range of traders for a new show. They would probably have hoped for a bigger footfall, but I hope they persevere as it takes time to build up a show. The 'Games passport' scheme was an original and good way of supporting traders.

I was pretty busy with the GDWS game, so didn't have as much time to browse as I would wish. However, I did pick up a very useful MDF gadget for Cruel Seas that I hadn't seen before.

Our game, 'Pancho Villa and the Gold Heist', had a regular flow of players into the afternoon. We used a cut-down version of Bolt Action, which meant most games lasted 30-40 minutes. Probably the most you can get away with in a one day show. 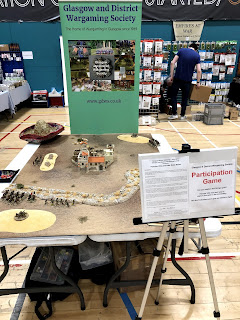 The monks were not impressed! 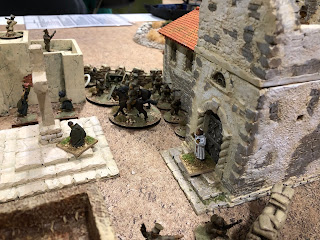 And the plane got shot down in every game, although one managed to drop a shell and destroy a field gun. 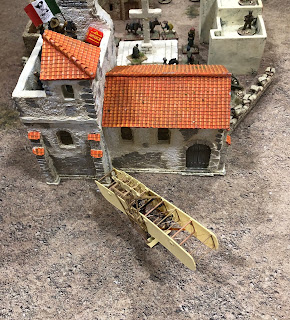 The revolution triumphed in every game other than one draw - Viva Villa!

I didn't get much time to look at other games, but here are a few that did catch my eye. 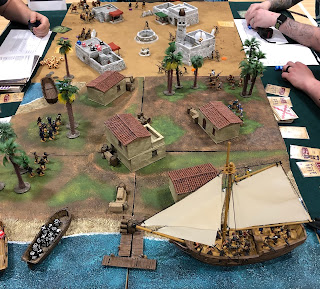 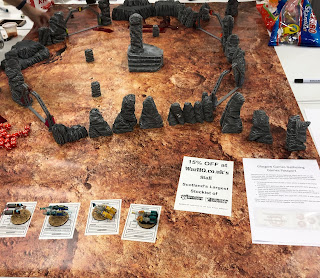 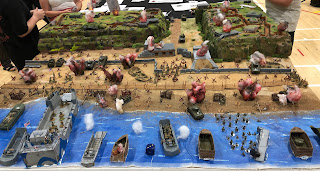 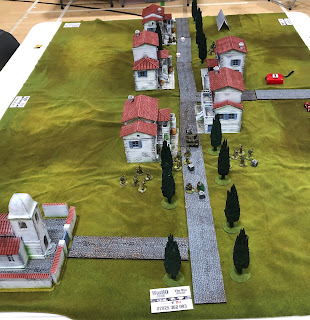 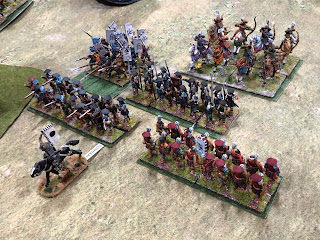 I'm off to the Penrith show tomorrow. Looking forward to being a punter!