This is Paul Hill's look at the men who led the Norman armies between 911 and 1135. While all aspects of Norman warfare are covered, the author believes that what makes the Normans different from their contemporaries was leadership at all levels. 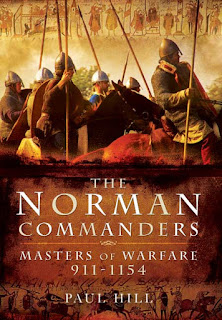 I have more than a soft spot for the Normans. My Sicilian/Norman army for WAB was probably the best army I have used on the tabletop. Solid infantry, plenty of firepower, skirmishers and of course the charging Norman knights. The author believes Bohemond was the greatest leader. My own vote would go to Roger I, closely followed by Guiscard.

In this book, we get a short description of the rise of the Normans from their Viking beginnings. This covers not just Normandy, but the astonishing achievements in Italy.  This story is told in much more detail by John Julius Norwich in his brilliant book, 'The Normans in the South'.

We then get chapters on the main commanders, with commentary on their careers and command skills. They all had different strengths and some weaknesses, which are brought out well.

Part 3 covers battles and campaigns. The author has chosen six battles in the north and five in the south to illustrate the different tactics used by the Normans. This leads to the final part, which includes chapters on organisation, horses, logistics, training, strategy and battlefield tactics.  We don't have reliable sources for all of these subjects, but the author makes some reasonable assertions based on what evidence there is.

The Normans certainly adopted the tactics of those they fought when it suited them, including dismounting. This is part of the reason I like the pragmatic Roger I. They did draw on classical and Roman manuals like Vegitus, but did much more. They engaged in battle when they had to, but were equally adept at achieving their strategic aims by other means.

The author does a persuasive job of ditching the view that their achievements were a matter of technological development. The only novel thing about the Normans was that they were consistently good over a long period. They had outstanding leadership skills, not just the commanders, but down to small units. This did give them flexibility that was uncommon in the period. As the author concludes, "The consistent success of the Normans in warfare is attributable to the qualities of the men who led them."

The Normans fought in the Balkans against the Byzantine Empire and I have written a feature article on these campaigns in Balkan Military History if you want more. The figures below are from my 28mm collection. 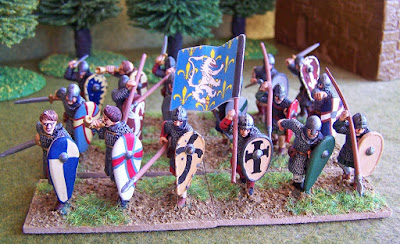 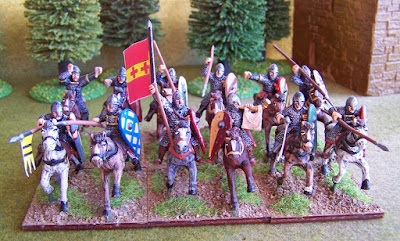 You can currently pick up the e-book version at Pen and Sword for a bargain £10.
Posted by Balkandave at 17:25