This week, it was our daughter's birthday, and part of the celebrations involved shopping. I managed to extricate myself from that joy to pop down the road to make my first castle visit of the year. I haven't been to Castle Campbell, in Dollar Glen near Stirling, for many years. It was called Castle Gloom when it was built in the 15th-century but became Castle Campbell when taken over by that family as their lowland pad, far from their lands in Argyll. The clan base is Inveraray Castle, although today's castle is an 18th-century castle-style house. The magnificently situated Kilchurn Castle is more representative of the period.

The castle is situated near the top of a glen, not as defensive as it may seem because it is overlooked by Gloom Hill, where I took this photo. However, defence wasn't the primary purpose of this castle. Being near the royal castle at Stirling and not far from Edinburgh, it was where the Earl of Argyll would entertain and plot, safe from casual violence, if not a serious siege with gunpowder weapons. 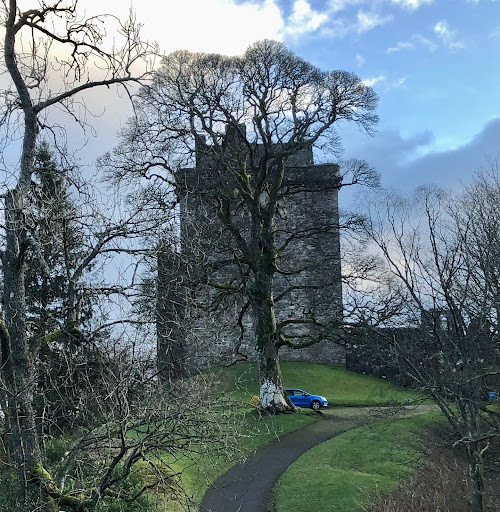 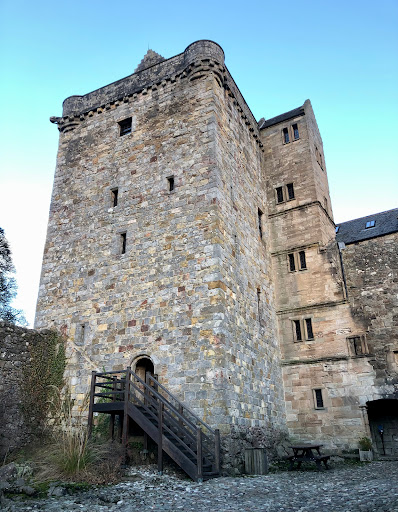 The Campbell's were pretty good at plotting, and the eighth Earl became a Marquis in 1641. However, he later picked the wrong side, backing Cromwell and was executed for treason at the Restoration. The castle was burned in retaliation for hosting English troops, and while the family regained its status, including a dukedom in 1701, it was never restored as a family home.

The castle is significantly larger than the typical tower houses of the area.

There is a fine view from the castle over the village of Dollar and this part of Clackmannanshire. 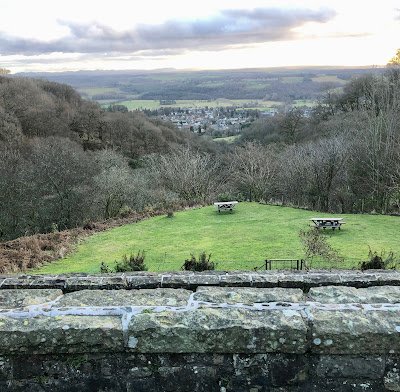