The second major museum trip on my visit to Sweden this week was to Flygvapenmuseum, the Swedish Air Force Museum near Linkoping, over two hours drive from Stockholm. The city is home to a Saab plant, and the museum is next to a major air base. Sadly, half the museum, WW2 and earlier, was closed for a refurbishment, but it was still worth the effort. Apologies for the darkness of the pictures. After watching many Swedish crime dramas, I am convinced that there is a national lightbulb shortage in the country!

Sweden has a significant aircraft industry; while it has imported planes, the main post-war designs are designed and built in Sweden. The second jet, introduced in 1951, was the Saab 29, named the Tunnan (Barrel), for obvious reasons. Not the most stylish aircraft to grace the skies. 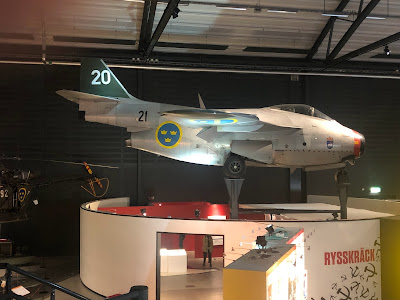 Next was the Saab 32 Lansen, which came in fighter, attack and recon versions. 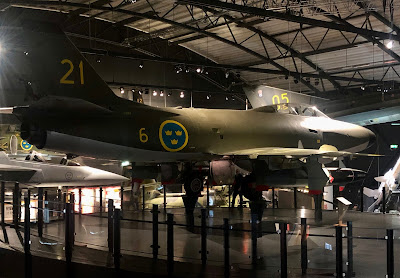 Then a personal favourite, the Saab 35 Draken, because I had a kit of this hanging from my bedroom ceiling as a kid. Although I thought it meant dragon, it means kite, emphasising the double delta wing. 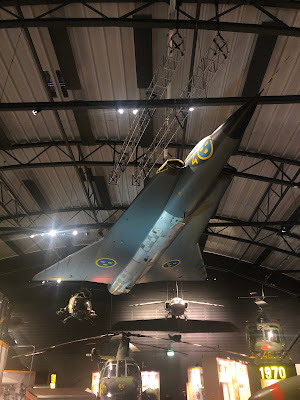 Another unusual design was the Saab 37 Viggen. 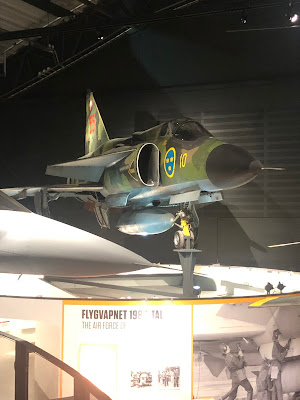 And finally, right up to date is the Saab 39 Gripen. 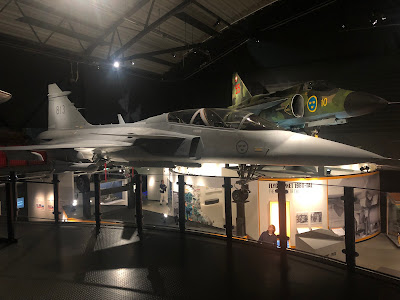 The Swedish Air Force also used aircraft from the UK and elsewhere.


One of their Douglas DC3 aircraft was shot down by a Soviet MiG-15 in 1952 while on reconnaissance. The basement display has the remains of the plane lifted from the seabed and the whole story. Yes, it's even darker down there! 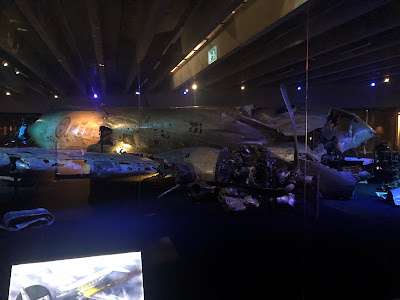 They have a Mig-15 on display in the main hall.

The earlier display hall is being refurbished, but you can see part of the hall from the activity area. 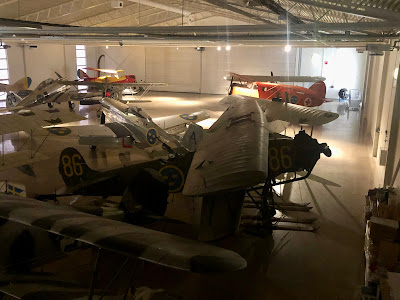 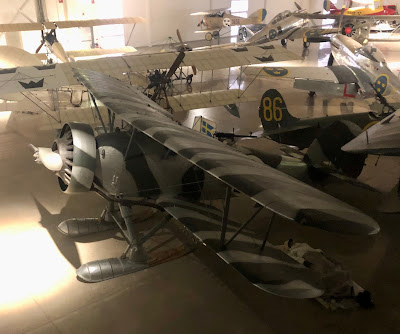 If you have children with you, this is a great museum for them. Lots of interactive stuff, flight simulators etc. I couldn't get on! Excellent museum, well worth the effort to get there.
Posted by Balkandave at 12:05