Another fine Claymore show yesterday in Edinburgh. It seemed significantly busier than I remember last year, perhaps aided by the cooler day, although you might have missed that in the atrium hall!

We had lots of interesting discussions with folk at our display game, Raid on Tito. Interested not just in the scenario, but Bolt Action rules in particular. Getting a lot of people interested in WW2 in 28mm these rules. The simple mechanisms are picked up quickly and you don't need a mountain of lead to get started. 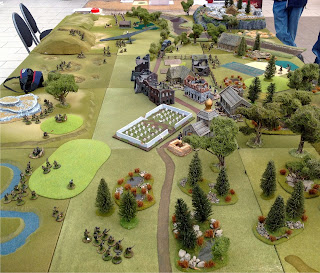 More on our website, but Drvar is in the foreground and Tito's mountain hideout is at the back. The paras got a bit bogged down in this game, capturing the church but not much else by close of play. Himmler will not be pleased!

Traders seemed busy all day and they did alright by me and most of my pals. Kicked off my FoW Nomonhan project (Russo-Japanese) with the new supplement and a mountain of plastic soldier Russians and Battlefront Japanese. Bit of a Japanese day as I also bought the Warlord supplement for Bolt Action and some reinforcements for the early war project. With next year's Bannockburn anniversary display in mind, some Scots spearmen from Old Glory and Claymore castings.

Steampunkt stuff in both scales was much in evidence on the stalls. The figures and models look very good, but don't start me!

Some photies of other games that caught my eye. 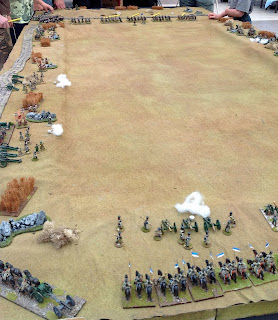 Kirriemuir's excellent Charge of the Light Brigade gets another outing 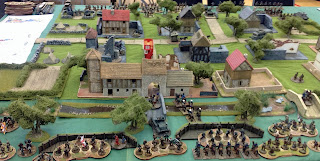 Dumfries and the VBCW 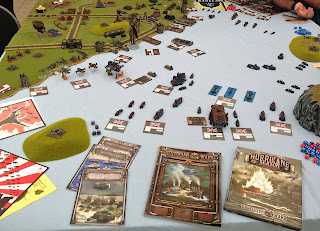 Dystopian Wars, I suspect we will see more of this 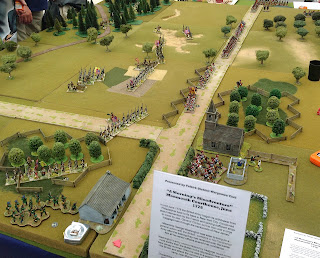 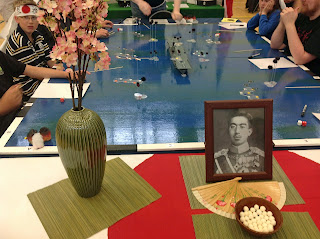 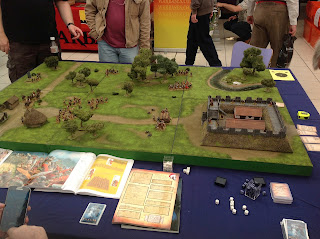 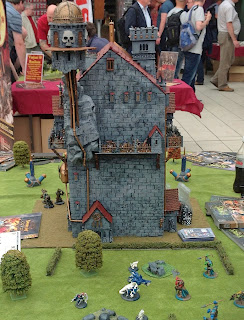 No idea what this is, but its a very fine castle model


and finally Tito looks out from his hideout. Not much troubled on this day! 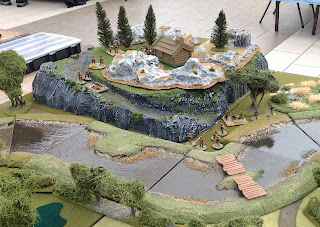 Well done the Edinburgh club for another good show.