Stuart Goldman's book, 'Nomonhan 1939' was the inspiration for my latest project, the 1939 Russo-Japanese War. It might have been a back burner had it not been for Flames of War publishing a supplement and producing figures for the conflict.

My reading has been supplemented by Dimitar Nedialkov's 'In the Skies of Nomonhan', which covers the air war. I am not usually a big fan of air war books as the narrative can be a bit repetitive. However, this study puts the air battle into context with the ground war and as a consequence is a good read. It also has very useful data on the conflict with details of the aircraft and some very nice colour plates. It is profusely illustrated with photos, most of which appear to come from Bulgarian archives. 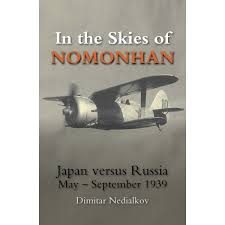 Onto the tabletop, I picked up the basics at Claymore. Battlefront's Hohei Chutai box provides the core infantry and I have supplemented them with support weapons from the Peter Pig range. A box of Ha Go light tanks was my other Battlefront purchase. For the Russian's you need a lot of infantry, so I decided to go with Plastic Soldier.

The first couple of Japanese rifle squads below with the attached light mortars. I don't usually use the Battlefront bases, but the new recessed ones are a good idea. The figures are nice even if there is quite a lot of flash for what must be new moulds. After painting a lot of 28mm, it takes a bit of getting used to painting 15mm, or rather my eyes are just getting older!