The author gives the background to the recruitment of Muslims into the Waffen SS. It may seem a strange mix given that racism underpinned Nazi ideology, but their racial theorists managed to justify it - just. In reality, as the war progressed it was more a case of needs must.  For the Muslim volunteers it was also largely a question of 'my enemies enemy'. 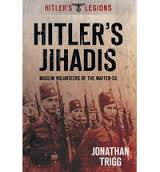 Trigg takes the reader through the history of a wide range of units. Some small and short lived, but others substantial with credible fighting records. Probably the best known is the Bosnian 13th SS Mountain Division 'Handschar'. Most of their recruits joined up simply as a means of defending their villages from the Ustase on one side and the Chetniks on the other. There is a more detailed history of this division written and lavishly illustrated by George Lepre.

Few of these volunteers survived the war. Those who did, ended up being executed or sent to Stalin's gulags. This is not an edifying tale or one with a happy ending. However, its a valuable piece of research well told.

I have also finished some ariel support for my Italians chasing the partisans around the mountains. This is a 1/48th scale kit of the Macchi MC200 fighter. It's made by a firm I hadn't heard of before, SMER. This is a fairly simple and cheap kit (£10) that produces an adequate model for the wargames table. The parts are not always a great fit and there is a lot of flash - so sharpen your scalpel. 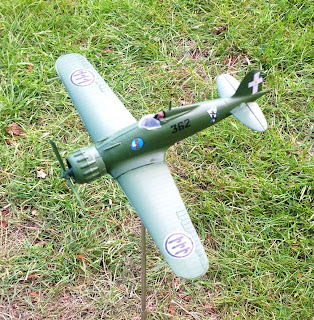