With a couple of hours to spare before my flight from Bristol, I stopped off at the Battle of Sedgemoor site. One that I have passed many times, but never actually visited.

This battle is billed as the last to take place on English soil. Not sure about that, but I suppose it depends on your definition of a battle. 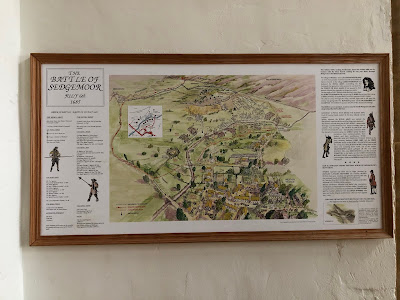 It took place on 6 July 1685 and was the end of the Monmouth Rebellion. The Duke of Monmouth was Charles II's illegitimate son, and he landed in Dorset in an attempt to unseat the unpopular and Catholic James II. Monmouth was an experienced soldier, but this was a poorly prepared uprising.

His small, poorly equipped, army was cornered at Bridgewater in Somerset, by the Royalist army commanded by Lord Faversham and Lord Churchill, the future Duke of Marlborough. He then attempted a night march, something even well-trained units avoided in the period. Unsurprisingly, they got lost and were spotted by Royalist scouts who alerted the rest of the army quartering in the village of Westonzoyland.

After a short firefight across the Bussex Rhine (a large ditch), the Royalist artillery was brought up to inflict severe casualties on the inexperienced rebels. At dawn, the Royalist cavalry worked around both flanks while the regulars crossed the ditch. The rebels fled, and many were butchered during the rout and afterwards.

The Bloody Assizes, as they became known, sentenced 330 rebels to death and a further 849 were transported to Barbados, which was a good as a death sentence. The Duke of Monmouth was captured and beheaded. These deliberately cruel measures contributed to James’ downfall three years later, in the Glorious Revolution.

The battlefield today remains open farmland. The Bussex Rhine has gone, but you can see many drainage ditches as you drive across the flat landscape. There is a small monument on the battlefield, erected by public subscription in 1928. I had neither boots or time to walk to it, but these photos give an idea of what the battlefield looks like. 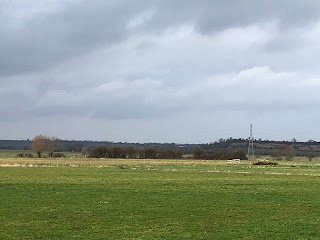 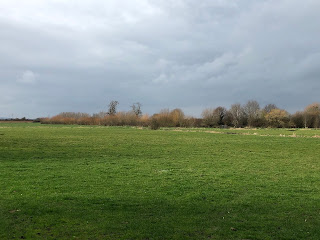 The church in Westonzoyland has an excellent interpretative centre, with interactive displays and replica uniforms and firearms. The church housed rebel prisoners after the battle. There are also information boards around the village. Well worth a visit. 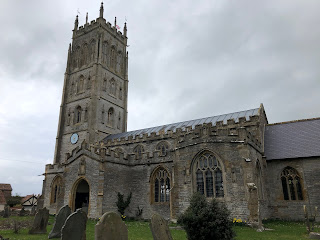 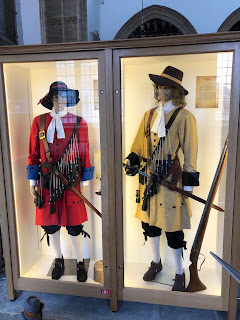 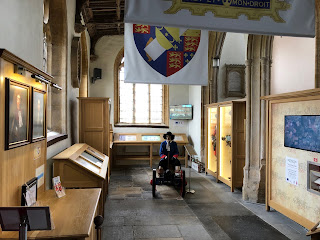 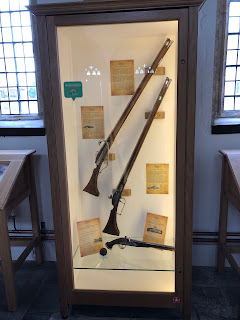 This is not a campaign you will often see on a wargames table - bit of a one off. The Royalist army is not a problem for those who have armies of the period. The Rebels, in the main, would have worn their civilian clothes.
Posted by Balkandave at 17:54