Those who watched the film 'Patton' will remember the scene when he argued at the end of the war that the Allies should 'finish the job' by attacking the Soviet armies in Eastern Europe. From this, you might think that this was an American notion.

In fact, Patton was an isolated voice in the US command. The one person, alone among Western leaders, who was prepared to consider a pre-emptive strike against Soviet forces was Winston Churchill.

The details of this plan are covered in Jonathan Walker's book 'Operation Unthinkable: British Plans to Attack the Soviet Empire 1945'. 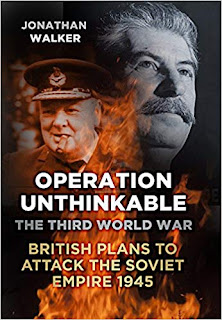 Churchill was particularly concerned about Poland as Stalin tightened his grip on that country. He felt Stalin was reneging on the Yalta agreement and he ordered the Chiefs' to prepare a plan that calculated the likelihood of the success of a pre-emptive strike within two months of Germany's surrender.

The Joint Planning Staff produced two plans. The first was 'Quick Success' - a short, sharp attack by the British Empire, US, Poland and Germany that would force the Soviet forces back to Russia and allow the Western allies to dictate the future shape of Eastern Europe. The second plan, 'Total War', assumed that the quick success plan had failed and only a Third World War would bring Stalin to the negotiating table.

The planners were, not surprisingly, pretty sceptical. A surprise would be difficult to achieve, and the only practical invasion route was in Northern Europe as the southern approach was too mountainous. Following an initial breakthrough, they estimated that a huge armoured battle would be fought east of the River Oder. Naval and air superiority was assumed, but that still left ground forces outnumbered by the Red Army by at least 2-1. There was little evidence of any loss of Soviet morale and equipment and organisation had significantly improved. The Total War option involved the frightening prospect of a winter invasion of Russia.

The details are clearly set out in this book. Some of the assumptions, not least US support and British public opinion, are highly suspect. However, the Chief's concluded that a short war was 'beyond our power to win', leaving a commitment to a protracted war against heavy odds. On 9 June Churchill did an about-turn and accepted the report. He ordered new plans to be drawn up to resist any Soviet advance into Western Europe.

War could have broken out over any of the 1945 flashpoints, but it seems crazy today that anyone would have contemplated finishing one war and starting all over again a few months later. However, after Stalin's threats to Turkey and Iran, a year later it was the US that was preparing war plans. The Cold War had begun.

This is a fascinating study of plans that are not well known. It offers the wargamer some 'What-ifs' for those late war armies. I put together British and Soviet divisions for the sort of armoured clash the planners envisaged using the 'Rommel' rules of Sam Mustapha. Big grand tactical rules are necessary for conflict on this scale. The Russians won! 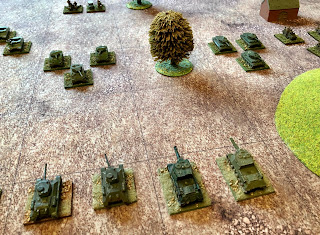 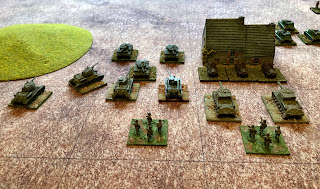 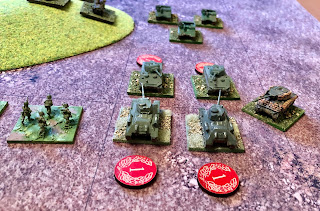