As the Adriatic is my scenario of choice for Cruel Seas, the new Italian fleet box was a no brainer. Even after the Italian surrender, their boats were used by the Germans, often with less than enthusiastic Italian crews. 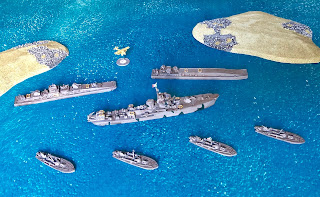 So what do you get?

The big ship is the Gabbiano Class corvette. My usual Warlord moan is the lack of instructions, which persists here. However, there are at least good close up pictures from all angles on the website and it wasn't difficult to assemble. Fiddly, with my big fingers, but doable. 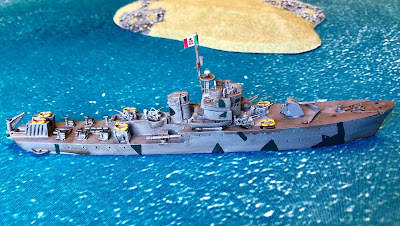 Then the first of two types of transport barge, the MZ Mottozattera. This is very useful for the type of scenarios I play, with Italian convoys crawling down the Adriatic and between islands. Pretty straightforward assembly. 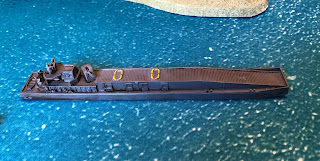 The other transport, or weapons platform, is the F-Lighter. These also operated in the Adriatic and are mentioned by British MTB commanders. They were slow but had some serious armaments. 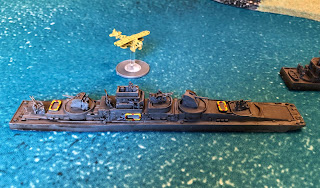 Finally, the sleek and fast (45 knots), MAS motor torpedo boats. These were smaller than their allied counterparts, but faster. 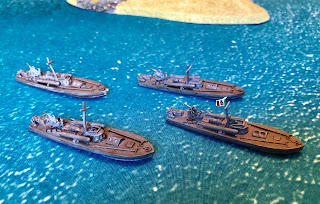 I almost forgot the CR42 fighter. Warlord has just brought out some Stukas as well. The box comes with all the player aids that you need for this fleet.

Looking forward to getting in some games with these.