The small amount of painting I managed this week finished off the early war period Turkish army. This was a French 75mm field gun and a German 105mm howitzer. Both from Peter Pig along with converted French artillery crew. An infantry division typically had four (4 gun) batteries of 75mm guns along with two howitzer batteries. They also come with a typical supply unit, again from Peter Pig. 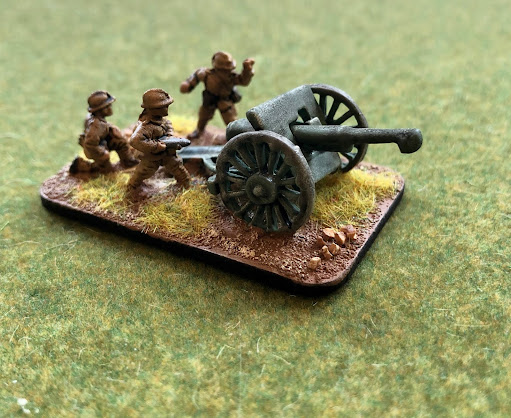 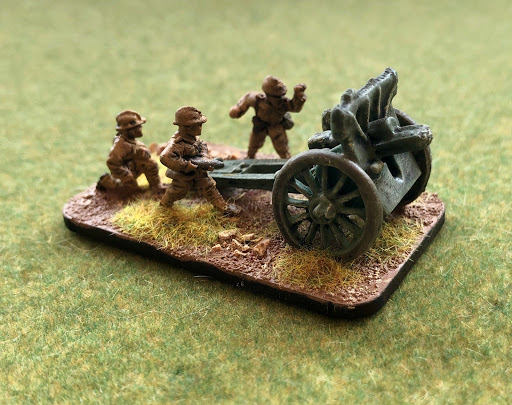 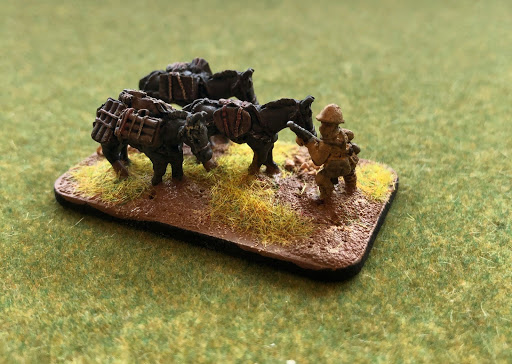 I also finished the first of the 1943 additions to the Turkish army, courtesy of the British who in Operation Hardihood supplied significant amounts of kit from Middle East stocks. This is a Bishop SPG from the Skytrex range. The Bishop was a 25pdr gun based on a Valentine tank chassis. The British called their SPGs after the clergy - Priest, Sexton etc. I assume this is the Bishop because it has a 'hat' on. 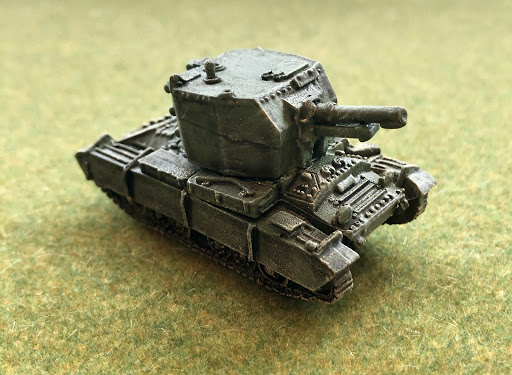 My ruleset of choice for 15mm WW2 is Blitzkrieg Commander. So, the first outing for this army is the defence of Thrace against a German battlegroup in early 1942. The earliest incarnation of Operation Gertrud - the German plan for the invasion of Turkey. I have written a Turkish army list for the rules you can download here. 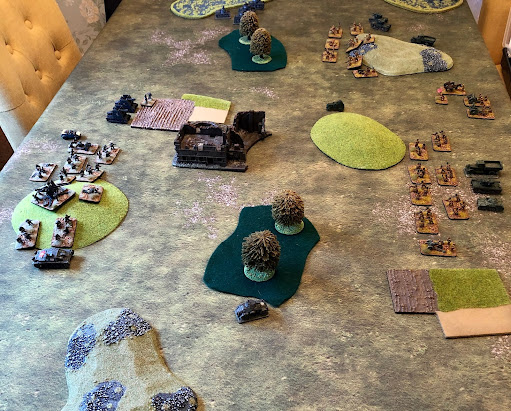 The objective is the village in the centre of the table. The Germans held it early on along with the nearby woods with their infantry company, supported by Stuka attacks. They were held in the woods and Turkish tanks held off the STUG working around the flank. On the left flank, the Panzer 38(t) company made very slow progress against the T26s, allowing the second Turkish infantry company, to infiltrate the woods and attack the village from the flank. Victory to the Turks! Albeit helped by a disastrous German command blunder. 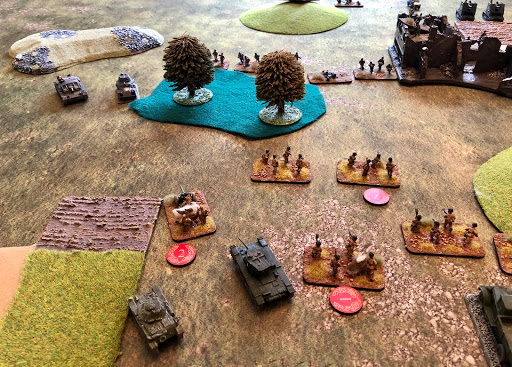 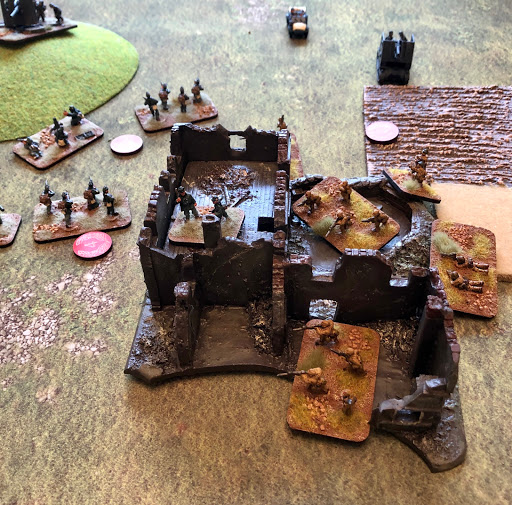