The history of Byzantium attracts a lot of scholars and many books have been published on the military history of the empire. As I have a lot of them, I am only likely to be attracted by a new angle. Nick Holmes has written an interesting history with a focus on the 11th century and the historical treatment of the Emperor Romanus Diogenes. 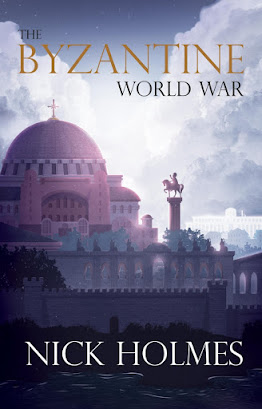 He uses the neglected commentary of Michael Attaleiates (recently translated into English), as evidence that Romanus’ attempt to revive the Byzantine army was a serious undertaking. The more widely read narrative of Michael Psellus should be treated with caution as he was writing for the Doukai, who wished to gloss over their treachery at Manzikert. Although the army at Manzikert wasn’t the deadly fighting machine of tenth-century Byzantium, its newly trained Cappadocian regiments still massed in disciplined ranks that filled their enemies with fear. That was the view of the Seljuk Turk ruler Alp Arslan, who offered peace on the eve of battle.

When comparing Manzikert with Dorylaion, Holmes’ argues that the more successful armies of the First Crusade were united while the Byzantines at Manzikert were divided. Romanus Diogenes was brutally betrayed on the battle-field by Andronicus Doukas in a few minutes that changed the course of history. Had he had the foresight to imprison or exile the Doukai, he could have been the hero who saved Byzantium and changed the course of history.

While the subsequent analysis should have the usual ‘what-ifs’ health warning, he makes a convincing case in rehabilitating Romanus. It is also an engaging read. If you are familiar with the overall story, my advice would be to focus on Part II, The Battle for Byzantium, which was, for me at least, a largely new angle.
Posted by Balkandave at 12:02