Legions of the Mist

My latest bedtime fiction reading has been Amanda Cockrell's (writing as Damion Hunter) novel The Legions of the Mist. 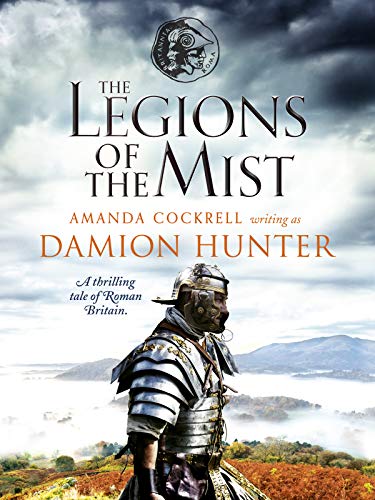 This is the latest of many takes on the mysterious disappearance of the Ninth Legion Hispania somewhere in northern England or Scotland in the early 2nd century AD. The story was most famously told by Rosemary Sutcliffe in 1954 and has recently formed the basis of the film, The Eagle. In essence, the theory is that around 5,000 men of the Legion and auxiliaries were lost in the swirling mists of what was then Caledonia, as they marched north to put down a rebellion. There is evidence that something happened to the Legion and they were replaced by the Sixth. The new Emperor Hadrian then famously build the wall to keep the Caledones out. Other historians argue that it was simply a unit transfer, although the Ninth does seem to disappear from the records.

In this retelling, the focus is on two characters. A Roman centurion Justinius and the young High King of the Brigantes, Vortrix. The Ninth is not a happy unit and there is an insurrection in the ranks long before the Legion marches north from York. Most of the book is spent on the domestic and garrison lives of the two main characters who clash in the first rebellion, which is put down, and again in the final chapter. But I won't spoil the story.

The author has done her research on the garrison life of Roman soldiers and the British tribes. This is not without interest, but frankly, it doesn't make great historical fiction. It is sold as, 'a gripping novel of Roman adventure', which I'm afraid it isn't. If you want to know want the centurion had for his tea, this is the book for you. If you are looking for Bernard Cornwall style historical fiction, it isn't.

Sadly, this book did not inspire me to get my 28mm Romans onto the tabletop.