Afghans and the British army in India.

I am a bit behind on the painting schedule having spent a very pleasant week away in the Lake District. However, the first Afghan tribesmen are now done. These are 10mm figures from Pendraken, which I will use against my Zulu and Boer War British for the 2nd and 3rd Afghan Wars. I will use The Men Who Would Be Kings rules.

First up a unit of tribesmen. 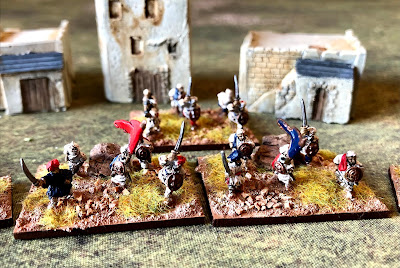 Then two units of irregular infantry. This is the first time I have used a white primer for a very long time. I found a very old tin of GW Skull White in the garage, which surprisingly worked the first time. 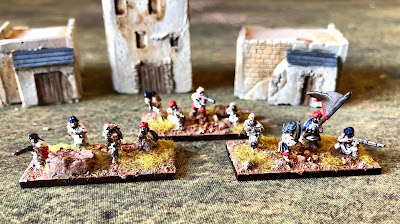 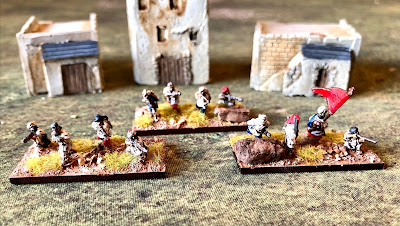 For reading inspiration, I picked Britain's Army in India by James Lawford off my to-read shelf. It has been gathering dust there for some time. 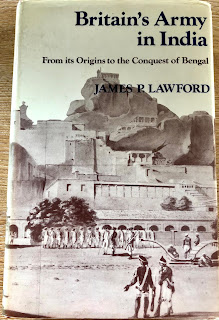 It isn't directly relevant to the Afghan Wars because it covers the early British presence in India. From the early guard units in the East India Company warehouses, up to the Battle of Buxar in 1764. It is a detailed narrative history of the campaigns with quite a bit on how the Sepoy and European units were organised and deployed. As well as the varied Indian armies of the period. The Mughal Empire operated in name only during this period, and there is a bewildering array of Indian armies to choose from.

I have suitable figures for this period in 28mm as GDWS did several display games a few years back. The Indian armies are very colourful, although I recall some very late nights finishing them in time for the first show. Those were the days!