My painting this week has been focused on the 1943 reinforcements for the Turkish Army - my latest project in 15mm.

Operation Hardihood was the British code name for support to Turkey in 1943 in the form of British formations, military equipment and broader economic assistance. The equipment provided was in response to a very long list of Turkish requirements, which one American official in Ankara said, to supply the Turks with everything they wanted would be like ﻿‘feeding an eight course dinner to an eight-day-old baby’. Churchill urged his planners to do their best to supply the Turks even if this caused some ‘slight indigestion’. He argued that Turkey’s port and transportation systems would limit what could be supplied.

The Allied Lend Lease equipment supplied to Turkey as part of this programme would largely come from surplus stocks in North Africa. I have chosen the main ones for my army, using 3D models from Butlers Printed Models, supplemented with crew from Peter Pig and Battlefront conversions. The models require a fair bit of cleaning up, although most of the spare material from the process peels away quite quickly using plyers. You are left with robust models for the tabletop and very little assembly.

First up are the Valentine III and Valentine IX tanks. These became the main battle tank of the Turkish army with 230 supplied in total. They equipped the armoured brigades facing a possible German and Bulgarian invasion through Thrace. 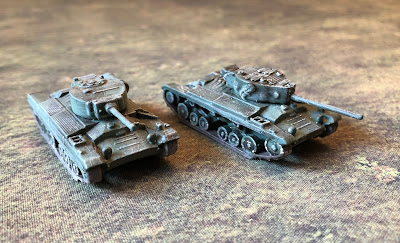 Next, some support from the USA in the form of 25 Sherman tanks and 222 Stuarts, which were used for the light tank companies of the armoured brigades. 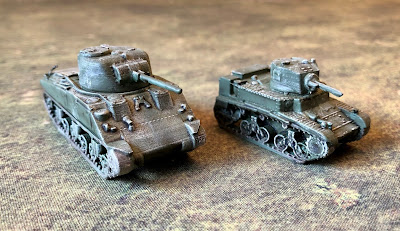 150 Dingo scout cars were provided for the reconnaissance companies, along with 59 Bren carriers and a large number of jeeps and other trucks. 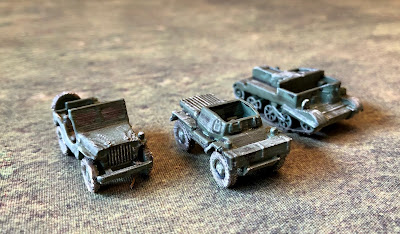 One of the biggest gaps in Turkish capabilities was anti-tank and anti-aircraft guns. The British supplied significant numbers of 6pdr ATGs and 40mm Bofors AA guns. Had Turkey entered the war these would have been supplemented by Allied units. 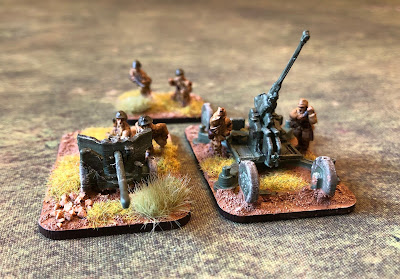 The Turkish army had a multiplicity of artillery pieces, mostly of WW1 vintage. The towed 25pdr and the Bishop SPG went to the armoured brigades first. 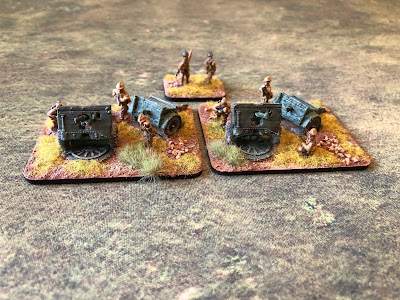 The British provided extensive training on these weapons. However, training reports indicated that only about 20% of this was actually absorbed. Providing modern equipment was unlikely to be enough to turn the Turkish army into an effective fighting force. A view interestingly shared by the Turkish CinC in a report to the Turkish political leadership.

One of the achievements of Turkish policy was the ability to secure military equipment from both sides. In September 1942 Turkey was granted a loan of 100 million Reichsmarks for arms, linked to the essential export of chromite from Turkey to Germany. Among other military supplies, this bought 34 Pkw IIIJ and 37 Pkw IVH tanks. These were known as T3 and T4 in Turkish service and equipped the 6th Tank Regiment, held in reserve at Ankara. Here is a T4. 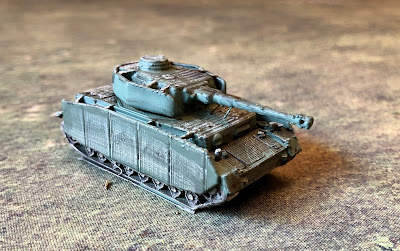 Finally, Butlers also do the Citroën-Kégresse, an obscure and strange-looking interwar French armoured car which was supplied to Turkey. I was pleased to find a stat for this in Blitzkrieg Commander because I wouldn't know where to start! 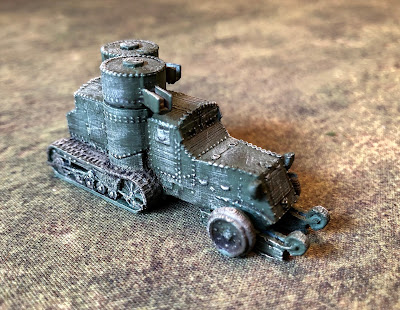 That will do for this project for now. I would like to try a few conversions in 28mm for use in Bolt Action, but that will be for the future.
Posted by Balkandave at 15:31