Rob Anderson and Mark Fry have written this supplement ('Libertad' is 'freedom' in English) for the Blitzkrieg Commander rules covering the Spanish Civil War. You will need the core rules as well to use this supplement. It is available as a 35 page PDF download from Wargames Vault for $6.60.

There are a few rule amendments to reflect specific features of this conflict including fixed formations and improvised street barricades. They have simplified the bewildering array of armoured cars that were deployed by both sides into those with and without AT capability and the rest. There is also a rule for Molotov Cocktails.

Then we get five scenarios with some very nice maps drawn by Henry Hyde. These include some well known and lesser actions.

The meat of the supplement is the army lists, which include all the many factions that made up both the Nationalist (Rebels) and Republican (Government) armies. These include a brief description of the faction and then the Blitzkrieg Commander statistics. They also have a few special rules and equipment.

There are plenty of excellent books on this conflict to expand your reading. More recently these have included books that focus on the military history of the war. Charles Esdaile’s ‘The Spanish Civil War: A Military History’ is a recent contribution, and Alexander Clifford 'The People's Army in the Spanish Civil War', which focuses on the wider People's Army, not just the International Brigades. I have seen a positive review of a new book by Giles Tremlett 'The International Brigades' in the latest edition of the BBC History magazine. Their History extra podcasts also have the prolific SCW author Paul Preston being interviewed in their series 'Everything you wanted to know...."

I have 15mm and 28mm armies for the Spanish Civil War. The 15mm armies were initially based for a similar Flames of War supplement but work equally well for Blitzkrieg Commander. You can, of course, use Italian WW2 forces and tanks from early war German and Soviet forces. No Pasaran! 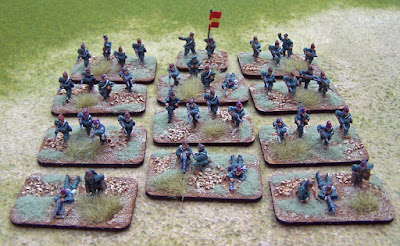 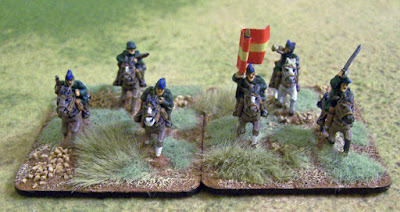