I get through a lot of podcasts on my morning walk, but I rarely buy audiobooks. For military history, access to maps is important, and that obviously doesn't work in audio. So, I have made an exception for Russell Phillip's study of the Madagascar campaign of WW2. It is narrated by Henry Hyde, who has a very listenable voice, as those who subscribe to his podcast will know. 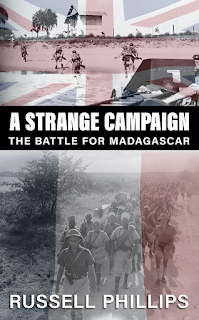 Madagascar was a Vichy French colony in 1942, and 250 miles off the east coast of Africa, it was something of a backwater. However, with the Japanese advancing towards India and the Indian Ocean, the colony suddenly appeared on the British radar. It was also on the Cape supply route to the Middle East, so a Japanese naval presence on the island would be well placed to interdict convoys. Its major deep water port, Diego-Suarez, was large enough to accommodate capital ships and had a dry dock.

This book is the story of Operation Ironclad, the British and Commonwealth invasion of the island. This was a significant undertaking supported by a naval task force that included a battleship, two carriers and 43 other warships. In addition, three infantry brigades, a commando unit and armour, landed in an operation that provided some lessons for the later invasions of Sicily and Normandy.

There were mixed views in the Allied high command over the necessity of invading the island with the Americans opposed. It was a major commitment at a time when there were many other calls on men and equipment. The Vichy government had replaced the island's governor with a Petain loyalist, Armand Annet, who was likely to defend the island with its large garrison. Despite de Gaulle's assurances, there was very little support for the Free French on the island.

The main landing was made close to Diego-Suarez, followed by an advance on the town by land while the defences and airfield were attacked from sea and air. The defensive Joffre Line' hadn't been spotted by air reconnaissance, and they had sufficient artillery to knock out Valentine and Tetrarch tanks. It was left to the infantry and another landing operation to secure the town. The British suffered 109 killed and 284 wounded, as well as nine aircraft and one minesweeper. Admiral Syfret’s report included several lessons learned for future operations. These included that white flags and leaflets should not be employed when operating against French possessions. He dryly noted that “Stories of what the inhabitants did with the leaflets would surprise their originators.”

Having captured the main port, there was a further debate over the need to capture the whole island. Smuts was in favour, but Churchill was concerned it may be a burden. However, continued French resistance meant that it was agreed to press on before the rainy season would make land operations impossible. The author takes the reader through each of the subsequent operations, which involved further naval landings and fighting over challenging terrain. The King's African Rifles played an important role in these operations and were less susceptible to malaria than the British battalions. They secured the final surrender of Annet, who had dragged the campaign out for six months.

Churchill summed up the campaign: “The Madagascar episode was in its secrecy of planning and precision of tactical execution a model for amphibious descents. The news arrived at a time when we sorely needed success. It was in fact for long months the only sign of good and efficient war direction of which the British public were conscious.”

This is an excellent listen, although I also bought the PDF version for the maps. You can use Google maps, but some of the place names have changed. 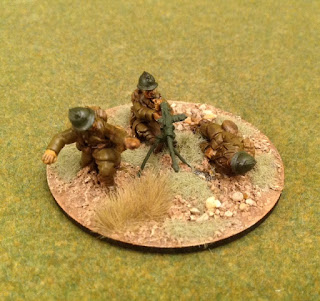